TAMPA, Fla. - The next time you drive through the intersection of Washington and Jefferson streets in downtown Tampa, you'll likely slow down after noticing the street has an added pop of color thanks to a newly painted crosswalk near Rampello Magnet School.

On Thursday morning, Tampa mayor Jane Castor unveiled a new student safety initiative called Crosswalks to Classrooms. Over the weekend, the city's transportation and art departments transformed the crosswalk with bright colors to grab the attention of drivers, signaling them to slow down for crossing students.

It also features the titles of popular children's books in a nod to the importance of reading. It’s the first of dozens of enhanced crosswalks to be painted near schools across the city. The project is in partnership with Vision Zero, a strategy to eliminate all traffic deaths and severe injuries, making it safer for everyone-- especially children- to get around

“We want to make sure that our children are safe getting to and from school every single day,” Mayor Castor told FOX 13. “We are going to work with Hillsborough County Schools and look at those, all of the data, accidents, where the majority of the travel is at. [We’re] taking safety measures, putting in blinking lights, putting in signage so that the driving public is aware that there are children in the area so they need to pay attention.” 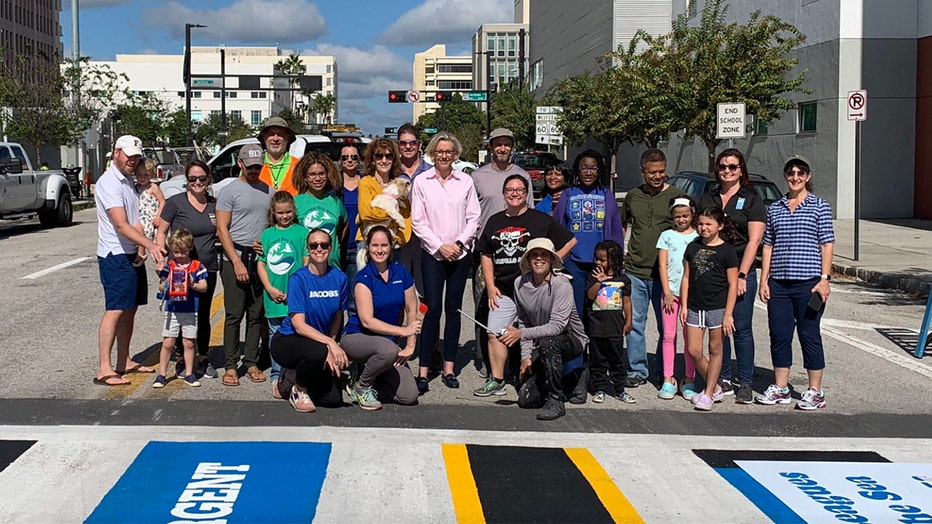 The unveiling of the Crosswalks to Classrooms initiative came as the 2019 Safe Routes to School National Conference was is underway in Tampa. Hundreds of transportation and public health advocates gathered for two days to find ways to make Florida cities safer for students.