TAMPA, Fla. - The man accused of a multi-state crime spree was captured after a shootout with officers in Georgia, but investigators say it started with a murder in Tampa.

William “Billy” Welland, Jr. is in a Georgia hospital with multiple gunshot wounds. The Georgia Bureau of Investigation says the 37-year-old was hit after shooting at deputies Wednesday.

“We received a call for a man down on St. Joseph Street,” said Eddy Durkin with Tampa Police. “Officers responded out there, found the victim with upper body trauma.” 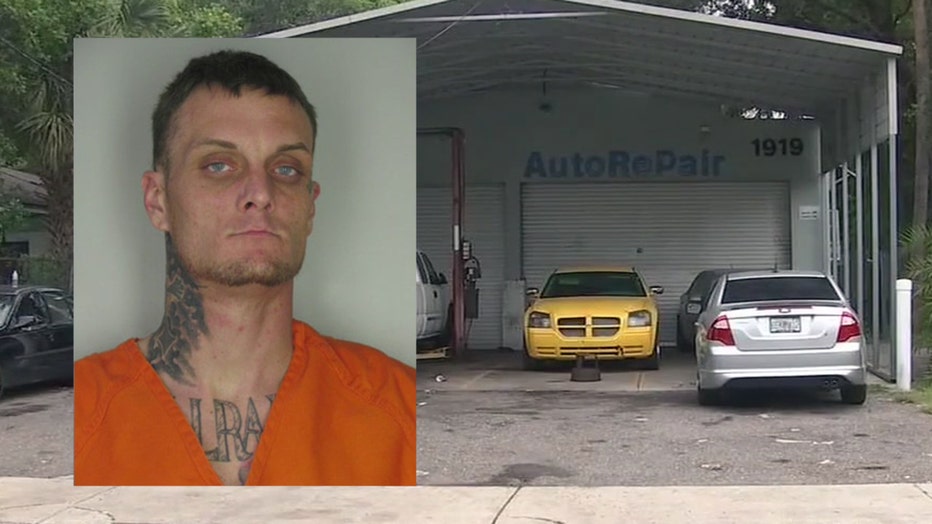 The 29-year-old’s body was discovered just before 1 p.m. in the garage bay of the West Tampa Auto Body shop.

“All we know right now is it’s not a random act,” Durkin said.

Detectives immediately launched an investigation. Friends of the victim tell FOX 13 News he worked at the repair shop and leaves behind a young daughter.

By noon on Wednesday, investigators had Welland on their radar.

“The suspect then was located in the victim’s stolen vehicle up in Georgia,” said Durkin.

GBI investigators say Welland broke into two homes near Lakeland, Georgia. In one case, the homeowner was shot, and at the second house, Welland stole a mini-van. There was a short chase and then Welland tried to run before pulling a gun on Lanier County, Georgia sheriff’s deputies.

“He was involved in an officer-involved shooting. He shot at two deputies up there, injuring one deputy,” Durkin said.

Officials say the deputy was grazed by a bullet and will be okay. Tampa detectives are now in Georgia, and the investigation is far from over.

“This is definitely somebody that didn’t care about anybody else,” said Durkin. “It’s safer that he’s off the streets.”

Welland was just released from prison at the end of February after serving a ten-year sentence for a previous violent crime spree in Hillsborough and Pinellas Counties.