TAMPA, Fla. - The Tampa Police Department has arrested a person accused of groping several women in Seminole Heights. They think the 16-year-old may have been doing this for weeks.

One of the victims took her dog out for walk on April 23. She asked to not be identified.

"I was not really paying attention to my surroundings, kind of on my phone," she said.

She noticed that someone had walked up close behind her.

"And that's when he grabbed me," she said. "He fully grabbed me on the butt. What was so freaky was he just kept walking. Like, he did not run away."

Her case happened at North Central and East Pocahontas Avenues.

"He seemed to think at the time, like, what he did was either funny or almost flirtatious," she said. " That's very brazen, that's not somebody who's very timid."

After neighbors walked her home, she struggled with what happened and kept the story to herself. She eventually came forward after hearing about it happening to another person, she said.

Another woman posted in a local Facebook group that the same thing happened to her on April 25 while she was walking her dogs at North Wellington and East Elm. She snapped a photo as he walked away. 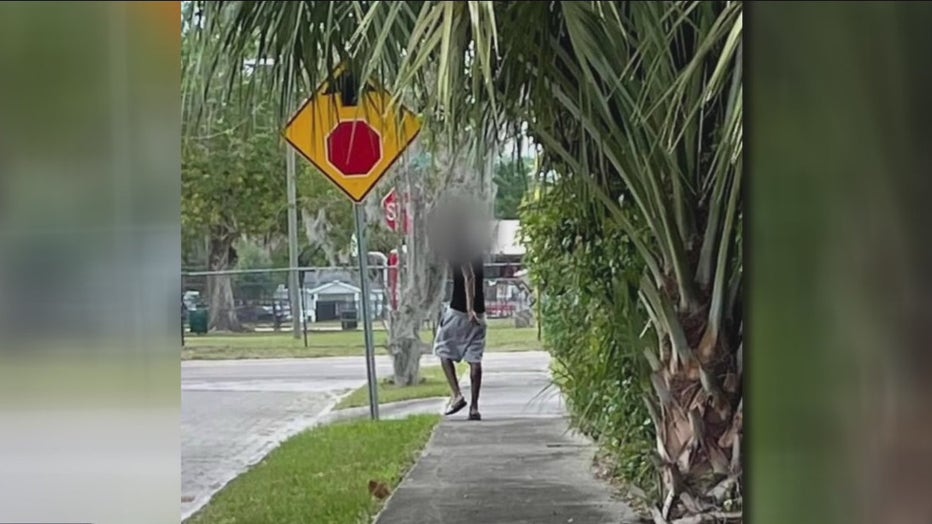 Finally, Thursday night, Tampa police got a call from a woman at North Central and East Henry Avenues saying a male grabbed her buttocks and ran off. A neighbor who was grilling in his backyard witnessed the suspect race through and tried to stop him before police made the arrest.

Investigators said he's 16 years old, and it's possible he's been doing this for weeks. However, it's only been reported twice.

"Hopefully, if there are other people out there, they feel strength in numbers to come out," the woman said. "I am very mad and that doesn't change that what he did was wrong, but this is a person who I believe needs help."

The teen was charged with battery, resisting arrest and loitering and prowling. He's since been released from jail. If you believe you were a victim in one of these cases, contact Tampa police