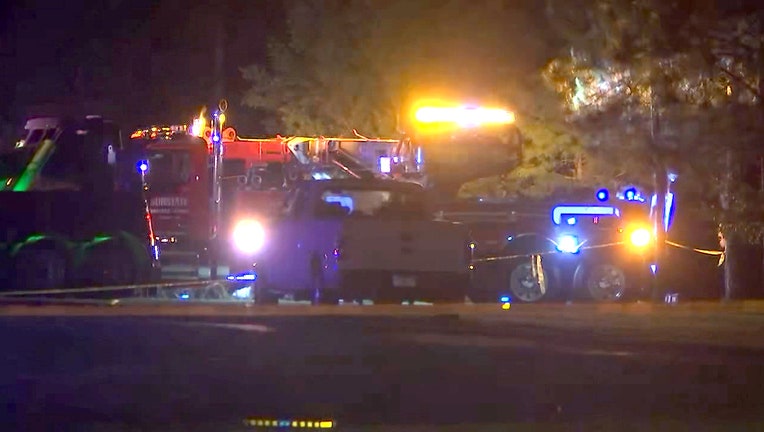 TAMPA, Fla. - The driver who passed away following a deadly crash on Wednesday was identified by Tampa police.

Police said 38-year-old Nicole Allen was the driver behind the wheel after an SUV flipped into a pond. A 12-year-old girl, who was a passenger inside the vehicle, was able to escape.

Investigators said it appears the SUV left the roadway along K Bar Ranch Parkway before striking trees. The vehicle overturned and landed partially submerged in a pond near the intersection of Whispering Brook Drive and Clover Pine Drive.

The events leading up to the crash remain under investigation. Officers did not specify the relationship between Allen and the 12-year-old.

The child who was able to get out of the SUV was already on the bank of the waterway when fire rescue crews arrived. She was taken to the hospital. Police did not release details on her condition.

Several fire rescue crewmembers jumped into the water to try and rescue the driver, but officials said in a statement:

"They worked tirelessly for several minutes until it became apparent they would not be able to remove her until the vehicle was pulled out of the water."

The crewmembers who got into the pond said the water was about chest-deep.