TAMPA, Fla. - Officers with the Tampa Police Department joined community members Tuesday at the Jackson Heights NFL YET Center to discuss what's being done to reduce gun violence and what else can be done to help.

There were 243 shooting victims in 2021 and 82 of them were in East Tampa according to TPD.

Officers and residents agree something has to be done to reduce the violence.

"It’s just devastating and that’s why this meeting tonight is so important, that we come together to find some solution to this issue," said Johnny Johnson, a member of Rise Up for Peace. "We do not accept this senseless gun violence, everyone should have an opportunity to live safe, and peaceful, and prosper."

Those left behind after a loved one is killed face a lifetime of grief and the holiday season can be especially difficult.

RELATED: Families of homicide victims lifted up during holidays by Tampa officers

The meeting comes on a day when another young person was lost to gunshots.

TPD said the 911 call came in just after noon for a shooting near 52nd Street and 30th Avenue. Officers found an 18-year-old male with gunshot wounds. He died at the hospital a short time later. 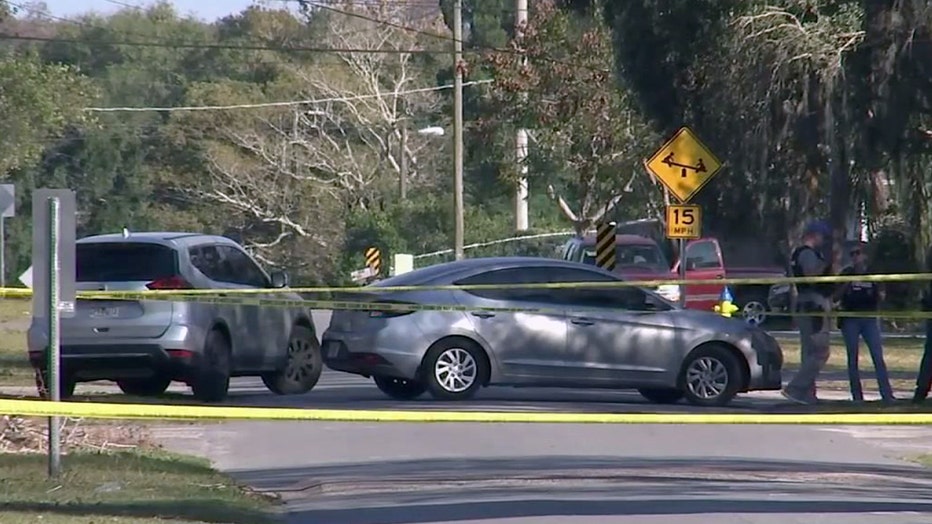 Scene of Dec. 28 shooting that killed 18-year-old in East Tampa

TPD says nearly half of its calls for service throughout the year came from District 3, which is East Tampa.

"When is it going to ever stop?" questioned Patricia Brown, the founder of Rise Up for Peace. "I beg and I pray and I ask ya’ll, please, please put the guns down, please stop, it’s just too much."

Tampa police say they are getting closer to solving the seemingly random shooting death of a 21-year-old nursing student, but her loved ones want everyone to see the toll gun violence in East Tampa is having on families.

Interim Police Chief Ruben Delgado laid out his plan during the public forum.

He says he will be adding more officers to patrol areas of East Tampa. He also says he is putting a group together to monitor neighborhoods; watching for crimes and code enforcement violations, for example.

Derek Graham, a member of Rise Up for Peace, suggested giving young people a place to gather, other than on the street.

"We need to start with programs, money to get these kids to do something other than just being out here, hanging in the streets at night, committing these crimes, anything, even a place like this, a gym, hold this open until 9 o’clock. Some of these kids come from disenfranchised families, just keep them off the streets," said Graham.