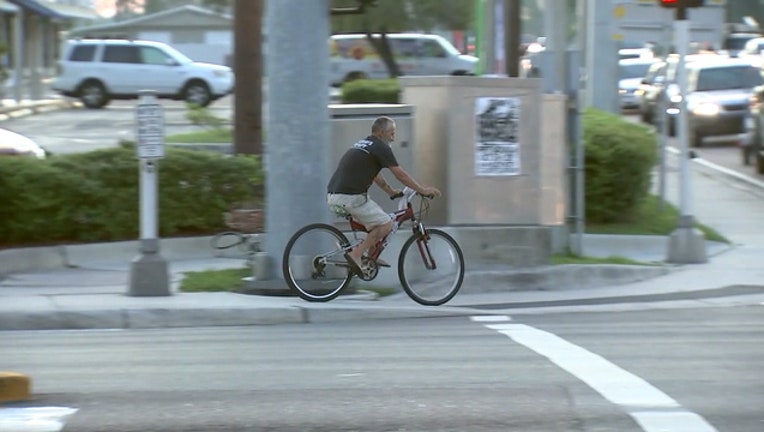 TAMPA, Fla. - Speed demons beware, Tampa police are focusing on a speed reduction campaign through the rest of 2019.

Their goal is to tamp down on dangerous behaviors along three of Tampa’s most dangerous roadways: Fowler Avenue, Hillsborough Avenue and Busch Boulevard.

Officials said dangerous behavior along those roadways is leading to a disproportionate number of traffic fatalities in the city. Expect to see police looking out for speeders in the following areas:

On Fowler Avenue from Florida Avenue to Bruce B. Downs Boulevard.

On Busch Boulevard from Armenia Avenue to Nebraska Avenue

And on W. Hillsborough Avenue from Hoover Boulevard to Himes Avenue

Police said they are zeroing in on these areas because these are the most dangerous roads in the city, especially for pedestrians and bicyclists. From 2016 to 2018 the city saw 71 traffic fatalities involving a pedestrian or someone on a bicycle, and nearly half of those resulted in fatal crashes, which occurred on either Fowler, Hillsborough or Busch.

Hillsborough experienced the most fatalities in all three years -- 19 in total, including 9 in 2017 alone.

Officers will also be issuing tickets or warnings to pedestrians and bicyclists who aren’t following the rules of the road and thereby putting themselves in harm’s way.

The program will run through the rest of 2019.