TAMPA, Fla. - One of the area’s wealthiest and most famous couples appears to be headed for divorce. Penny Vinik has filed for divorce from Lightning owner Jeff Vinik after 33 years of marriage. The couple has four grown children.

In court papers filed in Hillsborough County, Penny Vinik said the marriage is “irretrievably broken.” She also said she made a “substantial contribution” in acquiring their assets, believed to be valued in the hundreds of millions of dollars.

“The high-wealth individual is going to have many issues to deal with,” said Zachary Bayne, a divorce attorney with Allen Dell P.A. in Tampa. “It becomes a complicated business transaction at that point.”

In court papers, Penny Vinik said many of their marital assets are titled in the name of business entities, including limited liability companies, limited partnerships, foundations and trusts.

“Assuming that she’s able to show the Lightning are a marital asset, she could be entitled to her portion of that value,” said Bayne. 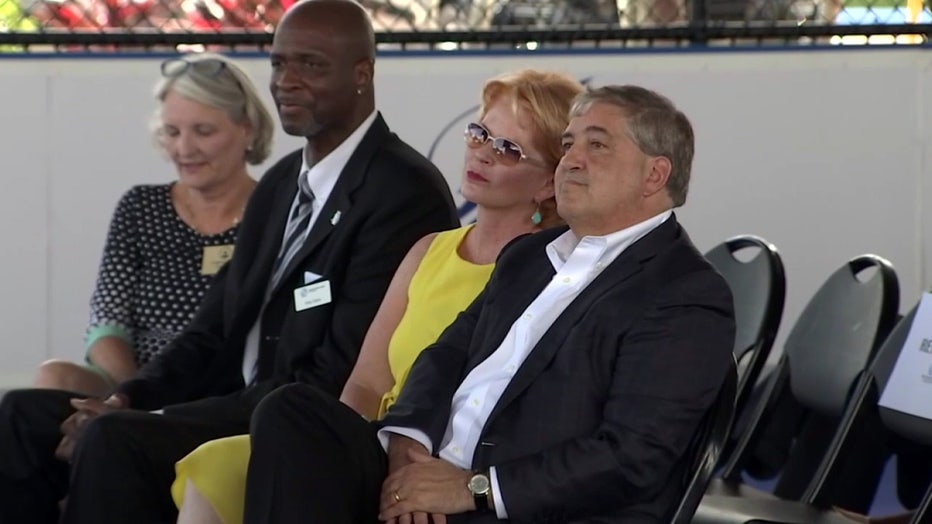 In high-profile cases, assets are often divided prior to the filing to keep details out of the public eye.

“Her initial petition indicates there has not been a resolution,” said Bayne. “She’s still asking the court to make decision on what she could be entitled to.”

Other than “irretrievably broken,” there is nothing in the court papers that indicates what led Penny Vinik to file for divorce.

The Viniks have donated millions of dollars to local charities. Jeff Vinik is also a partner in SPP, the company building the massive Water Street project in downtown Tampa.

“I don’t think a project of that magnitude, considering how far it’s gone, would simply stop because of that,” said Tampa City Council Member Guido Maniscalco, who said he is saddened to see the Viniks divorce. “They could have gone anywhere else but they chose to make Tampa their home and really helped take it to the next level.”

Bayne said it’s difficult to predict how long it will take to resolve the case.

“It could be done in a couple of months or it could drag on for years,” he said.