Local radio personality Drew Garabo said he has a lot to be thankful for and uses his platform and own medical battle to help others this Thanksgiving. 'You're gonna hang in there. As long as you wake up every morning with a chance to fight you're winning.'

Listening to him on the radio, you may not imagine he's a guy who has been going through a tough fight.

"Got the ultrasound and discovered that I had stage 2, borderline stage 3 testicular cancer. It spread to a lymph node," Garabo said. "I am just grateful to be alive. I will tell you after this past year… the first thought that enters my mind every single morning is how wonderful it is to be alive and even the minor inconveniences that seems to come in our way are just that."

He begins each day with a message of perspective on his social media. 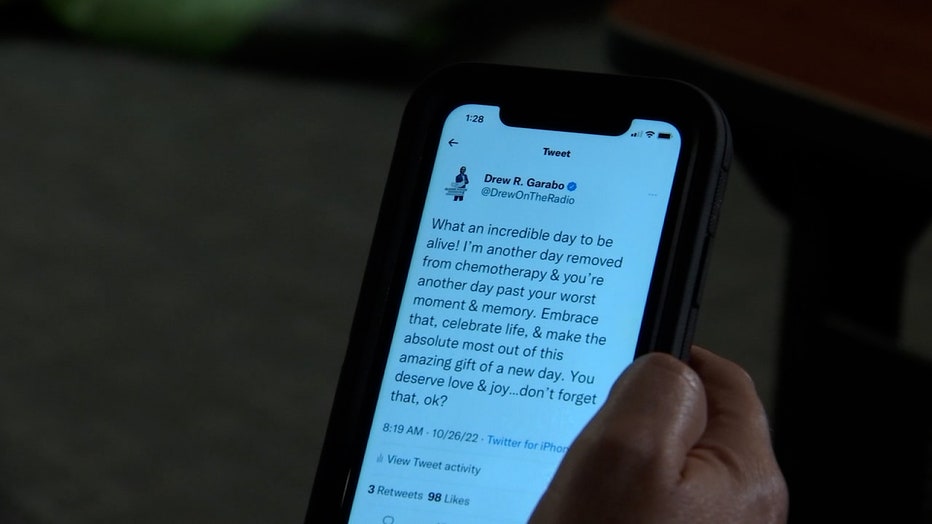 In one tweet he wrote,"I'm another day removed from chemotherapy and you're another day past your worst moment and memory."

"Even before all this happened, I was one of those people who tried to use my platform both on the radio and in social media to inspire others, to get other people to connect, to get us to shut out the inconsequential things that we find ourselves dwelling on and arguing about. That was magnified and elevated times a million once my diagnosis came in," he said. "You just find yourself looking at your fellow hospital inmates wondering if they're going to get out, wondering if you're going to get out."

Garabo recalled hearing the "code blues" in the hallways of the hospital, knowing another life was lost to a "fellow warrior."

"I just want to do what I can every morning to just share my experience and my perspective," he explained. "I feel like I was almost chosen in a way. Not that cancer is a blessing because it's not. It's an awful curse and a stain on our humanity, but I was chosen to be here. The best thing someone can say is I really needed to hear that, and it happens with just about every tweet and every Facebook post." 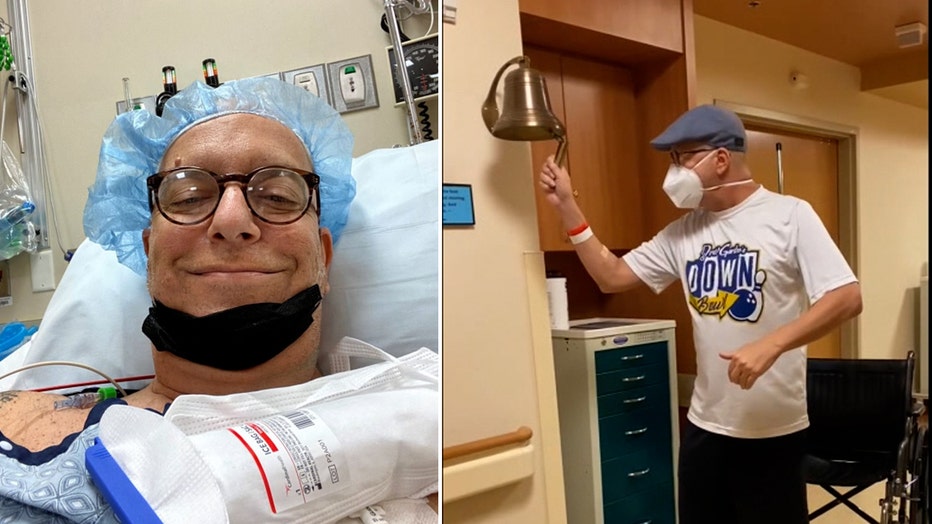 The ringing of a bell has been a welcome sound in his battle.

"I've actually rung it twice because I've had two separate rounds of high-dose chemotherapy followed by a stem cell transplant. The second time I did it, it really meant something because it meant I had survived the high-dose chemotherapy," Garabo said. "I still have a surgery that I have to undergo that will get everything out of me that could possibly spread, and I hope that that's the final stage in fighting this awful disease that claims too many of us."

No matter what problem you may face, Garabo's daily reminder is don't get defeated.

"I can say at your lowest point it does get better. When I was at that lowest point, I don't know that there was anybody that could have told me that," he said. "Picture yourself out of it. Picture yourself getting through it and looking back with the gift of perspective, and you're gonna hang in there. As long as you wake up every morning with a chance of fight you're winning."