TAMPA, Fla. - Crews are working around the clock trying to repair a broken water main that sent water gushing into the streets of Tampa on Monday -- flooding roadways and running into a nearby neighborhood. While the water main was mostly fixed by Tuesday morning, a boil-water notice remains in effect through at least Thursday.

All Tampa city residents and those living in certain areas of Hillsborough County -- including residents in Eastlake, Fairview, Herschel Heights, Pebble Creek, Palm River, and Seaboard -- who receive water from the city are under the boil water notice.

A work crew struck the main on Monday. Tampa mayor Jane Castor said that if city workers hadn't diverted water from the broken pipeline, "we would have literally ran out of water for the city."

"This is sort of ground zero for our water treatment," she explained. 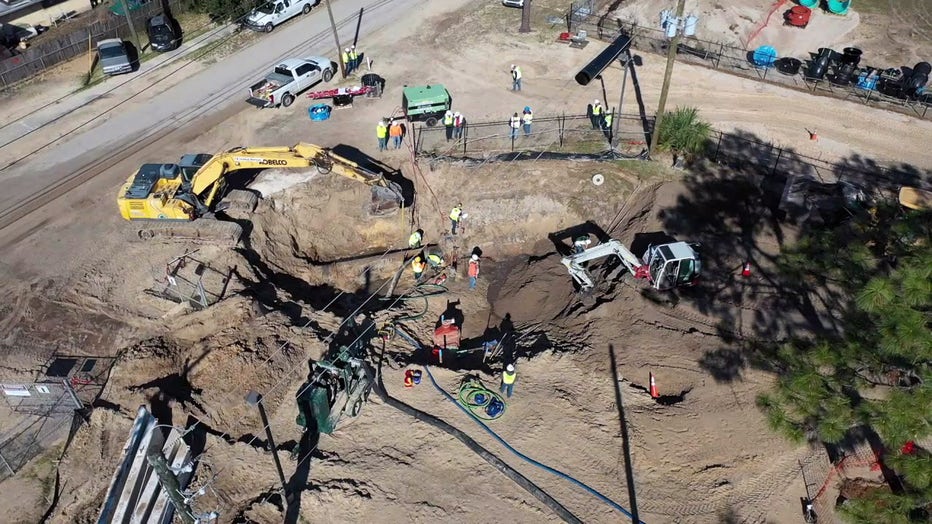 The disruption caused several businesses and restaurants to close up early Monday. Therefore, the city was using hurricane sandbag sites to hand out bottled water to anyone who needs it.

Free bottled water will be provided to city residents. They will not be required to show ID. Bottled water is limited to one case per household. Households with more than four members can receive two cases.

Residents can pick up bottled water or face coverings Tuesday from 11 a.m. to 7 p.m. Beginning Wednesday, pick-up is from 8 a.m. – 7 p.m., while supplies last, at the following locations:

Residents can also pick up two free face coverings per person. Businesses can request to pick up the necessary quantities of face coverings only for staff and customers by completing the online form at tampagov.net/Masks.

Residents had been asked to turn off lawn sprinkler systems in order to preserve water, but they can now reactivate them.

Any residents whose water comes from a well is not subject to the boil-water precautions or restrictions.

Busch Gardens Tampa Bay was forced to remain closed Tuesday due to the water main break.

Water is gushing from a broken water main in Tampa, prompting a citywide boil-water alert.

"Access to safe, clean water is essential for park operation and safety, including a number of guest and employee needs and services," a park spokesperson explained. "While the city works to rectify the situation, our high-quality animal care remains constant as our zoo team utilizes safe alternative water resources, including well water, for all of our animal habitats."

Some other local businesses were forced to close, including 20 Tampa-area Starbucks locations that may stay closed until Thursday.

The city said it's been conducting tests of its water throughout the night by taking samples across the city to make sure they are free of any harmful pathogens. It's a process that can take anywhere between 48 to 72 hours. 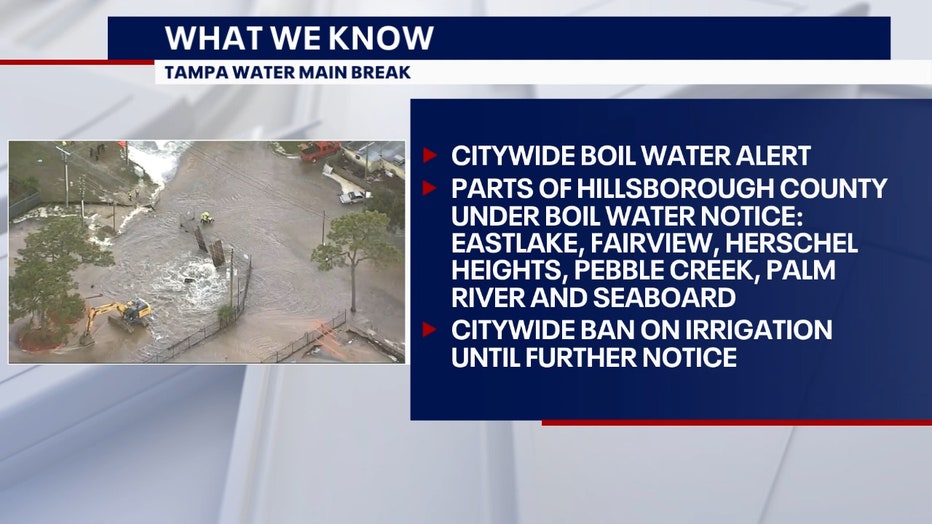 They're expecting the results of those tests Tuesday, but the boil-water notice will be in place through at least Thursday afternoon.

Until then, officials are telling residents to take one of these precautions to disinfect tap water to kill any bacteria or viruses that may have entered the water before using water to drink, cook, make ice, or brush their teeth.

LINK: More details from the city of Tampa's website

According to the city, a crew from Archer Western Construction, a subcontractor conducting an improvement project at the David L. Tippin Water Treatment Facility, struck a transmission main along 30th Street Monday afternoon, resulting in lower pressure and possible contamination of the drinking water.

Workers were on-site through the night after shutting the water off and diverting it around the break, allowing the area the dry out significantly.

After the break sent water surging up into the air and into streets, neighbors were concerned their homes would be flooded. Luckily, they said, that didn't occur. 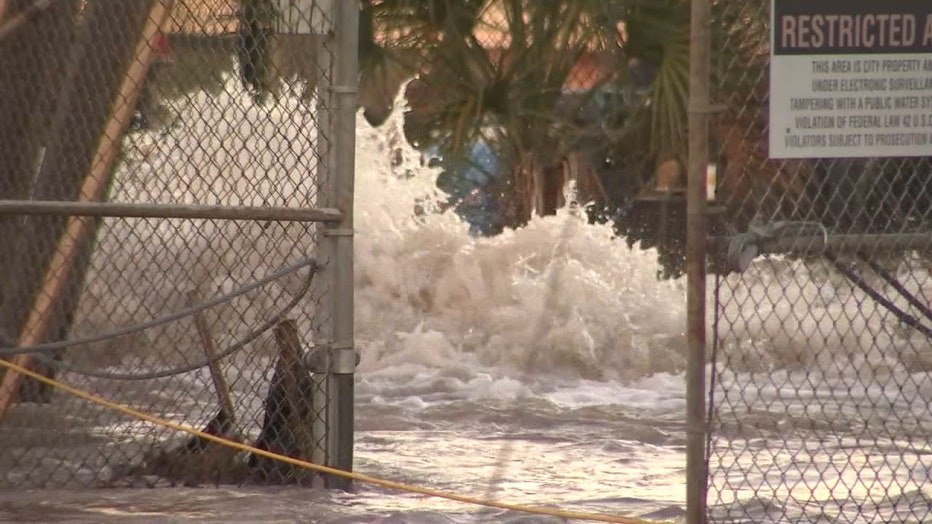 "It came all the way up to the driveway," Waymon Hunter told FOX 13. "I was about to panic because the water started rising but by the grace of God, it didn't."

Officials said they are optimistic that the repair of the 78-year-old pipe can be made quickly.

"We don't know what went wrong. We did all the things we were supposed to do. The contractor did all the things they were supposed to do," the city's deputy administrator of infrastructure, Brad Baird, told FOX 13. "Obviously we have handled our share of pipeline breaks, the water department has. Hopefully, the contractor will work hard to get it repaired and hopefully get back to doing the planned work they were hired to do." 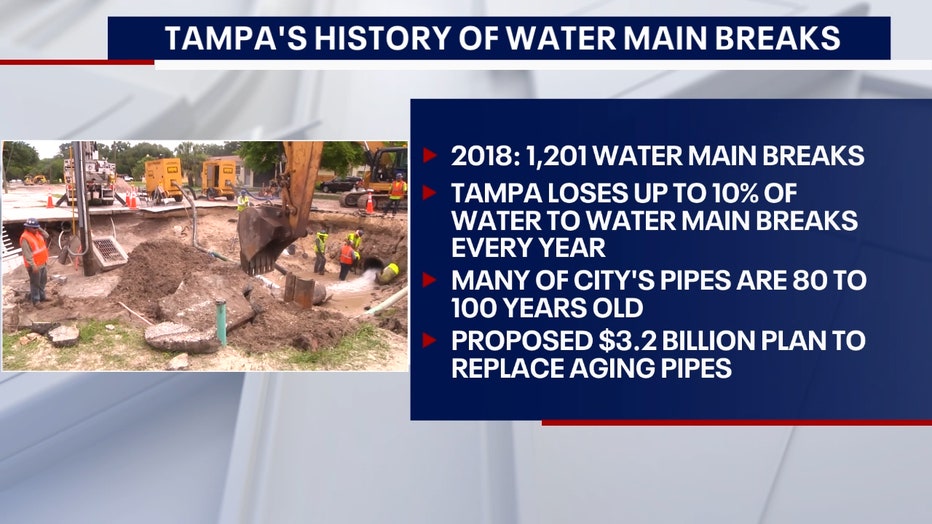 City officials said Tampa loses up to 10% of its water to water main breaks every year. It's mostly because the 2,300 miles of pipes are anywhere between 80 to 100 years old.

The city has proposed a $3.2-billion plan to replace the aging pipes.