TAMPA, Fla. - The bombs that dropped on Pearl Harbor nearly 80 years ago were heard loud and clear by the two oldest of seven Tampa brothers. Joe and Willie Vila knew what they had to do.

"The Vila boys went home and told their parents they wanted to go to war and fight for America," said Martha Vila.

She says they lied about their ages and enlisted in the Marines.

Martha is 88 years old now. She married into the family that would send seven brothers to the service, including her late husband, Hector Vila. She says their mother, Carmen, prayed that her boys would return home safely.

"She made a promise to the Blessed Virgin saying, 'If you bring back my children alive, I will not eat Cuban bread anymore," recalled retired judge and Tampa historian E.J. Salcines. 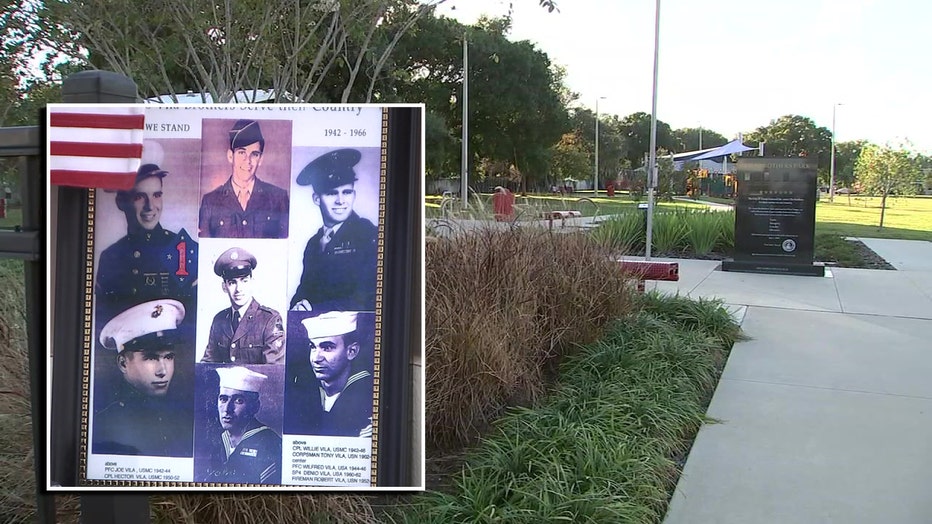 Many years later, in 2005, all seven brothers watched as Vila Brothers Park was dedicated on Armenia Avenue.

"We all looked to heaven and said Mr. And Mrs. Vila are celebrating, eating Cuban bread," Salcines said with a smile.

Since then, five of the seven Vila brothers have passed away.

Though the park has a monument, a playground, bathrooms, and other amenities, it doesn’t have the patriotic theme Martha says the brothers wanted.

Now, as part of a sustainability bond, the city will spend $1.7-million to build the park the Vilas dreamed of. Construction is scheduled to begin in the summer of 2022.

"I want to get this done while as many Vila family members are alive as possible," offered Tampa City Councilman Guido Maniscalco. "So they can see it in their lifetime and we can enjoy it together with them while we still have them."