Squirrels eating at a picnic table has become the latest internet sensation, leading one local couple to build furniture for the wildlife in their yard.

TARPON SPRINGS, Fla. - A Pennsylvania man built a squirrel-sized picnic table for the animals in his yard. He posted a picture on social media of a squirrel -- sitting like a tiny, furry human -- at the table and the idea seemed to strike a chord.

His Facebook post was spread far and wide online and people all over the country have started making their own tables and posting them on social media.

One Tarpon Springs couple has taken things to another level.

Joshua Knipp was already a woodworker when his wife, Paula asked him to build a squirrel picnic table.

"Sure, why not? I've got nothing better to do on lockdown, right?" Knipp said. 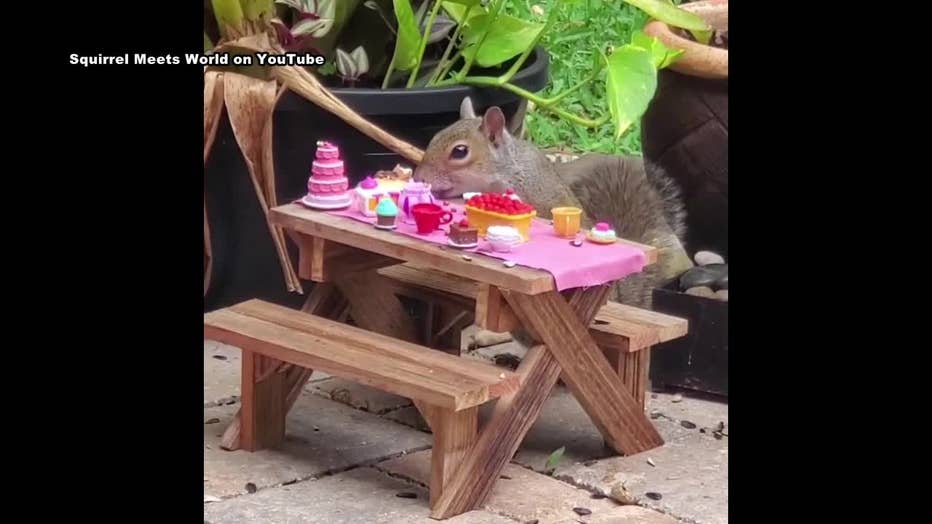 After making the table, he built a squirrel pergola, and now she wants a swinging bench.

Paula has been adding music to her backyard squirrel videos and posting them on YouTube, under the channel name "Squirrel Meets World."

Some of their squirrel scenes include meditation, apartment living and a squirrel tea party.

"Lightning hockey is not on right now and baseball season was supposed to start. So you find creative ways to entertain yourself," Knipp laughed.

He and Paula hope the videos bring a smile to everyone’s face during these tough times.

"Who doesn't love a squirrel, right?" he pointed out. 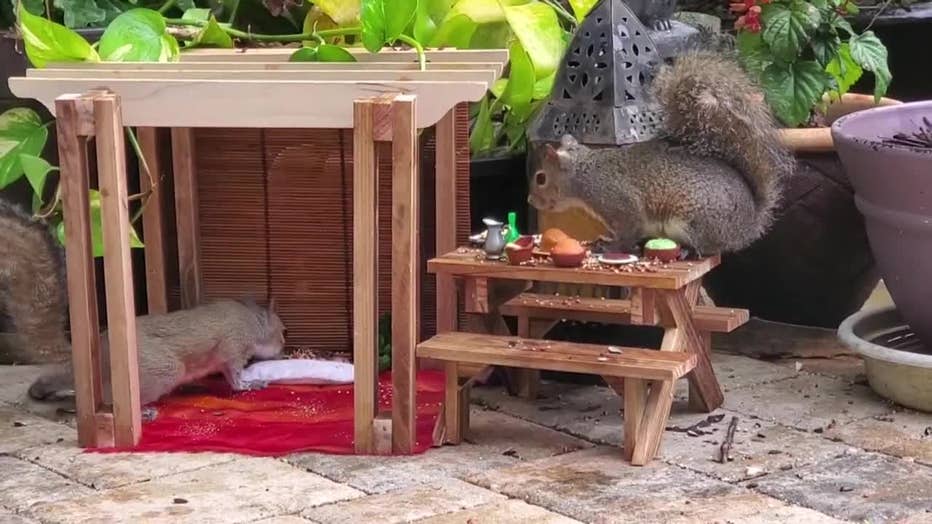