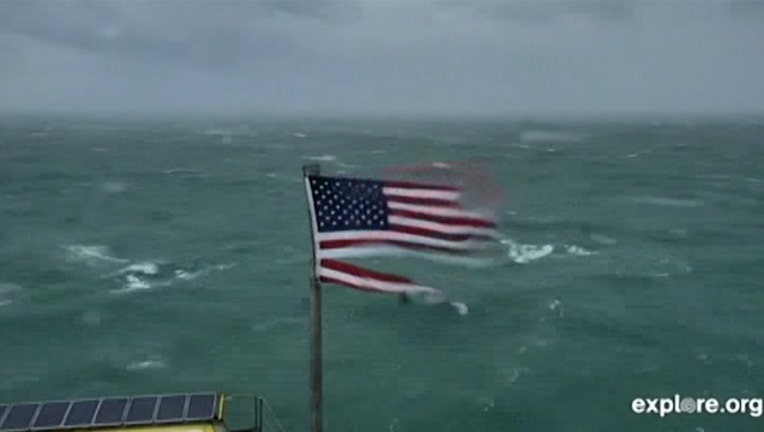 WILMINGTON, N.C. (AP) - A tattered U.S. flag that captured attention nationwide as it whipped in the wind on the North Carolina coast during Hurricane Florence is being auctioned to raise money for the American Red Cross.

The flag was flying over a light station called Frying Pan Tower as Florence made its final approach earlier this month.

The tower's owner, Richard Neal, tells The StarNews of Wilmington a live camera feed of the flag blowing in the storm averaged 100,000 viewers an hour on Sept. 13, the day before Florence made landfall.

Neal tells the newspaper he is shocked by the outpouring of deep-pocketed offers so far in the charity auction. As of Saturday evening, eBay showed the current bid was at $10,100.

Information from: The StarNews, http://starnewsonline.com