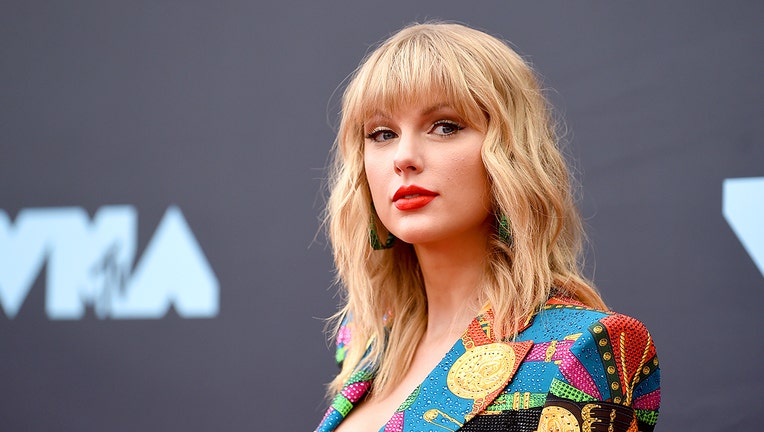 LOS ANGELES - Taylor Swift is speaking out following a fiasco that caused a Ticketmaster site to become inaccessible for thousands of fans trying to buy tickets to her upcoming Eras Tour.

"There are a multitude of reasons why people had such a hard time trying to get tickets and I'm trying to figure out how this situation can be improved moving forward," Swift wrote to her fans on social media. "I’m not going to make excuses for anyone because we asked them, multiple times, if they could handle this kind of demand and we were assured they could."

Swift fans trying to access the ticketing site began receiving errors that caused people to lose tickets after they had waited in an online queue.

Ticketmaster said that the site was overwhelmed both by real people and bot attacks resulting in unprecedented traffic on their site. 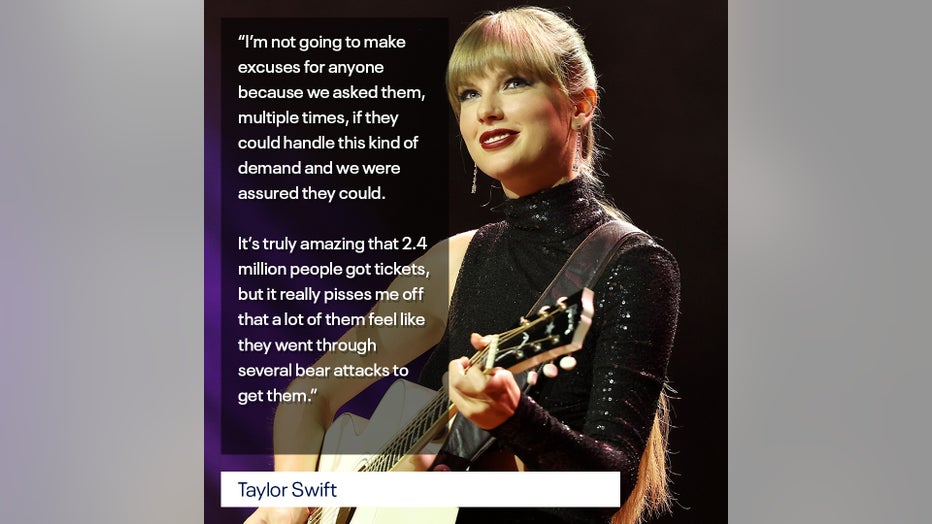 Swift continued: "It’s truly amazing that 2.4 million people got tickets, but it really pisses me off that a lot of them feel like they went through several bear attacks to get them."

The ticketing company said in a statement Thursday that two million tickets to her tour next year were sold during presales on Tuesday, the most tickets ever sold on the platform in a single day.

Ticketmaster cited "extraordinarily high demands on ticketing systems and insufficient remaining ticket inventory to meet that demand" as a reason for calling off Friday's general sale to the public.

"While it’s impossible for everyone to get tickets to these shows, we know we can do more to improve the experience and that’s what we’re focused on," the company's statement stated.

Swift said it was "excruciating" for her to watch mistakes happen with no recourse.

According to DownDetector.com, which takes user feedback to monitor website outages, there were thousands of reports of Ticketmaster being down on Tuesday morning.

In Tennessee, the state’s attorney general said his office will investigate after receiving numerous complaints about the process.

"And to those who didn't get tickets, all I can say is that my hope is to provide more opportunities for us to all get together and sing these songs," she wrote, concluding, "Thank you for wanting to be there. You have no idea how much that means."

Taylor Swift's new album, 'Red' dropped and record companies are beginning to get nervous, according to litigation partner Sid Rao. While the original album was 16 tracks, Swift's new version has 30 tracks and broke two Spotify records.

Swift’s upcoming tour, the Eras Tour, will kick off in Glendale, Arizona next year on March 17 and close out in August at Sofi Stadium in Los Angeles. The tour will hit 15 different cities across the United States.

International dates will be announced as well. It’s Swift’s first tour since 2018.