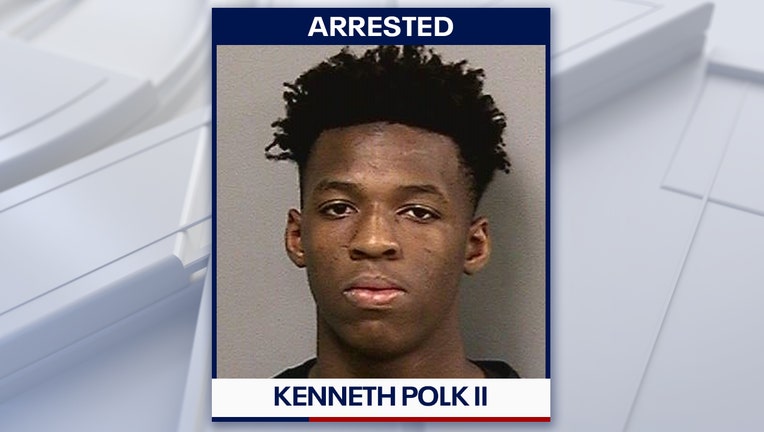 BRADENTON, Fla. - The Manatee County Sheriff’s Office is investigating after they say two people were shot, one fatally, early Sunday morning as they sat in a car outside a Bradenton motel.

According to the Manatee County Sheriff’s Office, a 22-year-old man and a 20-year-old woman were parked outside the Sunrise Inn, located at 668 67th St. Cir. E. in Bradenton, shortly before 2 a.m. on Sunday when they were approached by a man with a handgun.

Deputies say after a brief conversation, the man shot one round through the open driver’s side window and struck both victims. The single bullet went through the driver’s neck and into the female victim’s chest, according to MCSO.

The victims drove themselves to Manatee Memorial Hospital, where the female died from her injury. The male victim remains hospitalized, but is expected to survive.

After speaking with the male victim and witnesses at the scene, detectives identified the suspect as 19-year-old Kenneth Polk II.

According to MCSO, it is believed the victims, who drove to Manatee County from the St. Petersburg area, knew the suspect and had prearranged to meet at that location. A motive for the shooting is still unclear.

Polk was arrested on charges of second-degree murder and attempted murder.