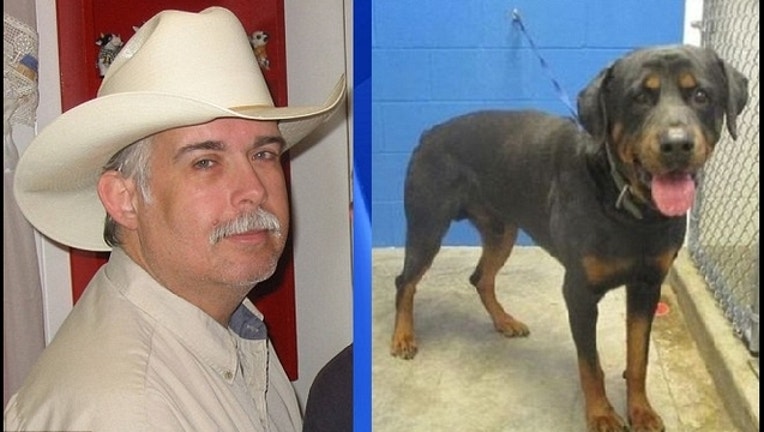 JACKSON, Tenn. (AP) — Authorities say a Tennessee man was killed by a Rottweiler that he had adopted just hours earlier.

"The husband was all chewed up," Madison County Sheriff's Dept. spokesman Tom Mapes told The Huffington Post. "There was blood everywhere. The sheriff's report said [Riggs] was found 'mortally wounded on the floor from the dog attack.'"

Sheriff's deputies shot the 5-year-old dog after it ran out of the house.

Jackson is about 90 miles northeast of Memphis.