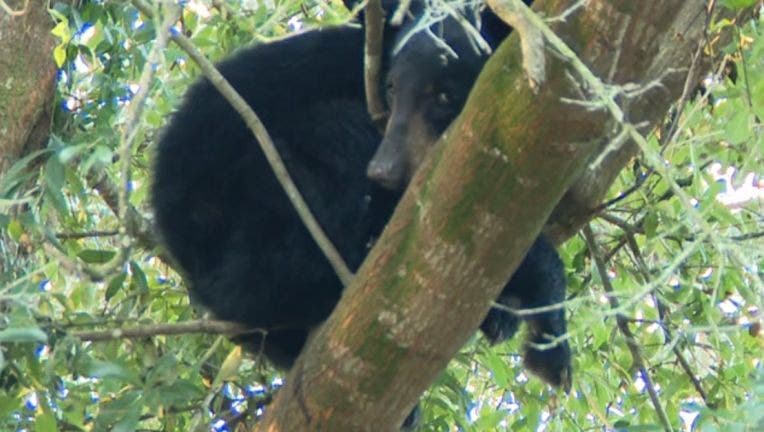 APOPKA, Fla. - For five days, workers at a Florida wildlife facility watched anxiously as a bear remained stuck in a tree, hanging precariously over a tiger enclosure.

A caretaker at Florida C.A.R.E. Foundation first discovered the 50-pound bear Saturday. The bear appeared to be terrified by the 300- and 400-pound cats below, unaware they were in cages.

On Wednesday, workers tried to help the bear by moving the tigers to another location. The cub descended several branches, but was still in the tree Wednesday night.

When the workers returned the next morning, the bear was gone

Burford called it a Thanksgiving miracle, saying the animal seemed exhausted. She told the Orlando Sentinel she had received a "hundred calls a day" from callers concerned about the bear.

FOX 35 reported that the bear was not a resident of the refuge and officials believed he made his way there after a neighbor starting clearing some land.