BROOKLYN, NY - There’s a signature Steven Spielberg shot so familiar it’s practically a cliché: Characters staring off at something, often (though not always) involving streams or beams of light, in some kind of wonder, horror or otherwise paralyzing emotion. It’s such a well-known part of his visual vocabulary that the idea of Spielberg making a semi-autobiographical nostalgia piece about the wonder of cinema seems like gilding the lily: Must we endure a young Steven Spielberg equivalent staring up at beams of cinema projection in moist-eyed awe?

Yes and no. "The Fabelmans" does open with a sequence where young Sammy Fabelman (Mateo Zoryon Francis-DeFord) goes to the movies for the first time, and yes, he does goggle up at Cecil B. DeMille’s "The Greatest Show on Earth." But what catches Sammy’s eye is not the transporting emotional splendor of cinema. (DeMille’s film, one of the worst Best Picture winners in history, isn’t that kind of movie.) Instead, he’s transfixed by the spectacular carnage of a circus trainwreck scene.

In this moment, Sammy doesn’t suddenly understand that he wants to make cinema. At first, he just wants his own toy train to wreck over and over at home. His mother Mitzi (Michelle Williams) helps him come to the realization that maybe he could film these small-scale disasters for posterity, seeding his lifelong obsession with making movies. Later, he examines his own filmed footage by projecting it onto his hands, turning his body into a makeshift screen. These arresting images are early clues that Spielberg isn’t constructing a wide-eyed paean to his early days. He’s exploring his artistic psyche for a sprawling, occasionally unwieldy, often gorgeous bit of self-analysis. This isn’t gilding the lily. It’s digging up a whole garden. 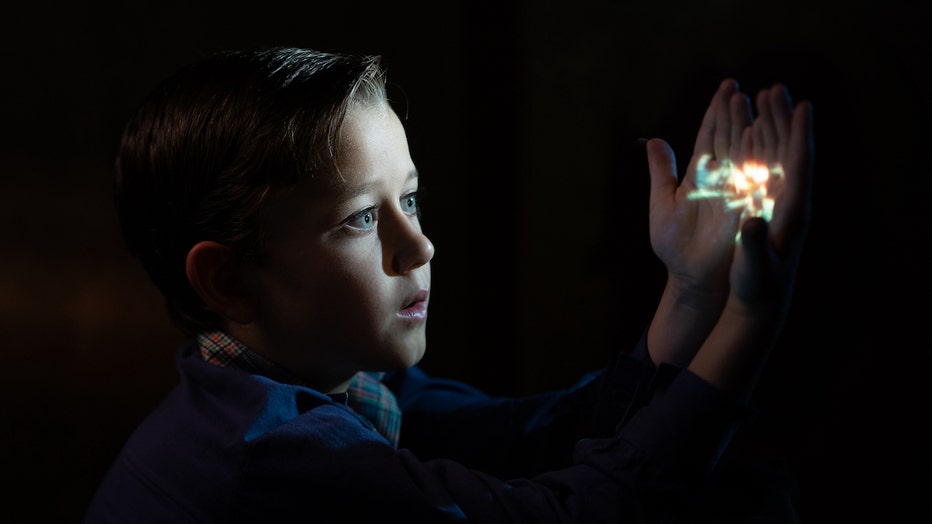 About "The Fabelmans": Portrait of the biggest director ever as a young man

Spielberg and his co-writer Tony Kushner (who previously scripted "Munich," "Lincoln" and last year’s "West Side Story" remake for the filmmaker) linger in Sammy’s childhood as he becomes obsessed with shooting movies. His mercurial pianist mother recognizes this fixation as a calling, while Burt (Paul Dano), his more practical-minded engineer father, sees it as more of a neat hobby. But much of "The Fabelmans" takes place later, in Sammy’s teenage years, after Burt’s career moves them from New Jersey to Arizona (and, later, California).

RELATED: ‘West Side Story’ review: A dazzling musical with a dimmed love story

Burt’s technical know-how and Mitzi’s emotional intuitiveness — she’s the one who tells young Sammy that "movies are dreams" — both contribute to their son’s development. They love their kids and each other, but they’re also at odds, and Sammy (now played by Gabriel LaBelle) winds up with some unwanted insights into their relationship. Spielberg has tacitly worked through his parents’ divorce in more fantastical or allegorical contexts, but he meets it head-on here.

Rather than the absent or faltering fathers of past Spielberg films, "The Fabelmans" focuses on a maternal relationship. In Williams’ hands, Mitzi comes across as both performative (it’s jarring to hear her affect enough of an accent to call her son "dah-ling") and deeply, genuinely sad; her closeness with Burt’s best friend and coworker Bennie (Seth Rogen) seems to bring out these qualities in equal measure. Sammy, meanwhile, must face uncomfortable truths about his parents’ fallibilities, which wind up under the same magnifying glass — his movie camera — as the details of his homemade (and effects-packed!) war epics and westerns. 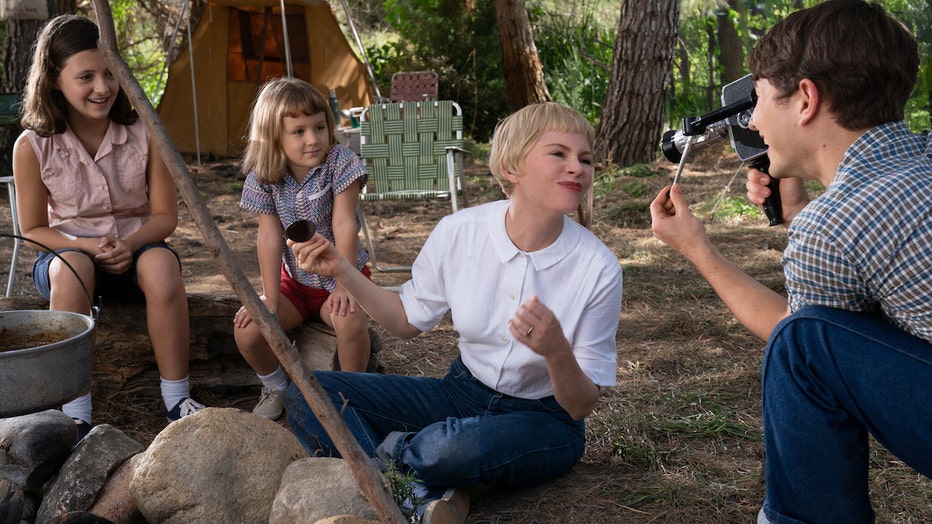 WATCH FREE ON TUBI: Michelle Williams and Seth Rogen in "Take This Waltz" — get the app

Appropriate for a director whose staging accommodates both elegant understatement and virtuosic peacocking, "The Fabelmans" feeds off the tension between the dazzling fakeness of movies and the truths they can’t help but reveal. Late in the film, there’s a scene, both playful and off-handedly stunning, where Sammy is confronted with questions about why he’s made certain choices in one particular film. He doesn’t answer with the confidence of a self-possessed wunderkind. Instead, fumbles his way toward expressing how, for Sammy (and for Spielberg), the very act of moviemaking is half technical manipulation, half emotional plea.

See "The Fabelmans" for: An unsentimental love letter to art

That ambiguity over the "why" of making movies — even spectacular ones — is part of the movie’s significant metatextual dimension. In a way, it complements the way Spielberg’s films, especially in the second half of his career, have been misinterpreted through the filter of what audiences and critics expect from him — a filter that has sometimes blocked out his complexities and nuances. 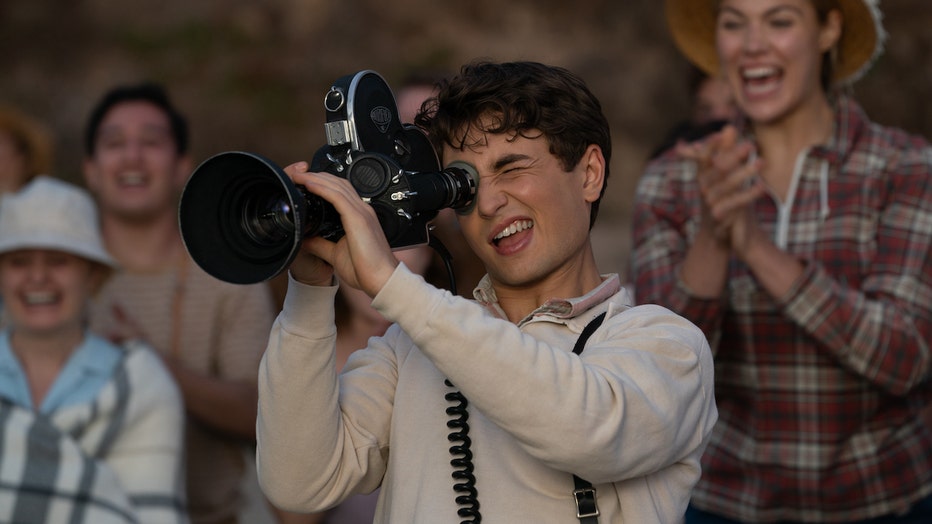 Gabriel LaBelle as Sammy Fabelman in The Fabelmans, co-written, produced and directed by Steven Spielberg.

And to be fair, there are times when "The Fabelmans" threatens to prioritize self-mythologizing over making Sammy a memorable character in his own right. Likable as LaBelle is, his Sammy plays like another sweet, liquid-eyed teen in the vein of Spielberg’s hero in "War Horse" (and both characters come off as if Elliott from "E.T." was forced to skip a few grades). He’s upstaged by nearly every co-star, and it would be reasonable to argue that the character and the movie require a bit of outside Spielberg fandom to fully come into focus.

But maybe both self-mythologization and expectations of audience familiarity are permissible for the most successful director in the history of the medium. True to form, Spielberg makes "The Fabelmans" wildly entertaining even in its occasional unwieldiness; less expected, he ends on a sharp snap, rather than a soggy remembrance. This is a surprisingly unsentimental vision of cinema, observing both the redemption and the distance this particular art form can create in its wake. 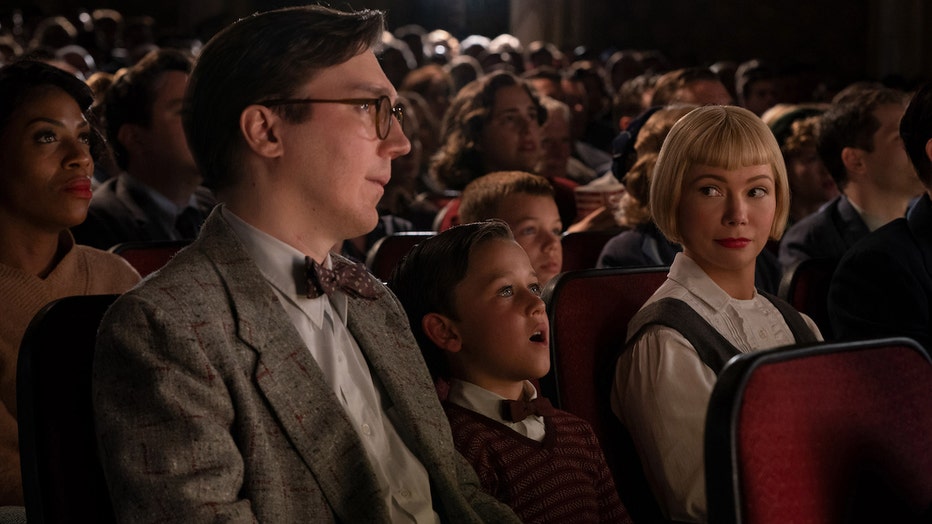 About the writer: Jesse Hassenger is a writer, editor and film critic based in Brooklyn, New York. His reviews and essays have appeared in The A.V. Club, Polygon, Paste Magazine, The Week and Decider, among others. He also co-hosts the horror podcast The New Flesh, sometimes writes fiction and enjoys rock and roll. His tweets about the Brine King from Aquaman appear at @rockmarooned.

Make it a double feature with "Nine," streaming free on Tubi

"Nine" is streaming free on Tubi — get the app

How to watch "The Fabelmans"

"The Fabelmans" debuts in select theaters on Nov. 11 before opening nationwide on Nov. 23. It is not currently available to stream.