Back in the 1930s, Dick Pope Sr. and his wife Julie saw an article about a Charleston banker who opened up his private estate to the public and charged an admissions fee. This man made $36,000 in a single year.

After hearing about the banker's success, Pope decided that he would build his own garden in Winter Haven. 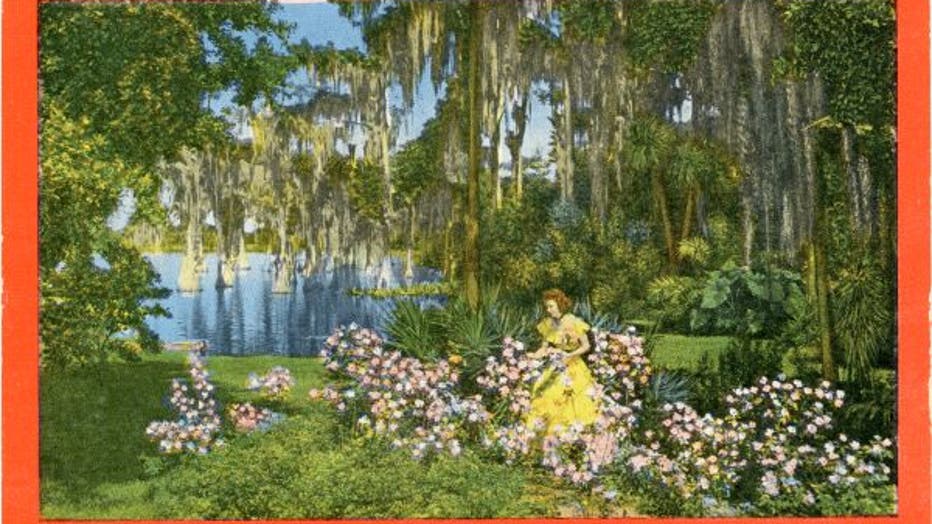 They originally planned to rebuild the Winter Haven canals and chain of lakes. They also planned to add a hanging garden on Lake Eloise. Eventually, they created Cypress Gardens.

Pope was mocked by the press. "Maharaja of Muck" and "Swami of the Swamp" were his nicknames because his dream garden was being built in the middle of a 16-acre marsh. But he didn’t let that stop him from accomplishing his goals. 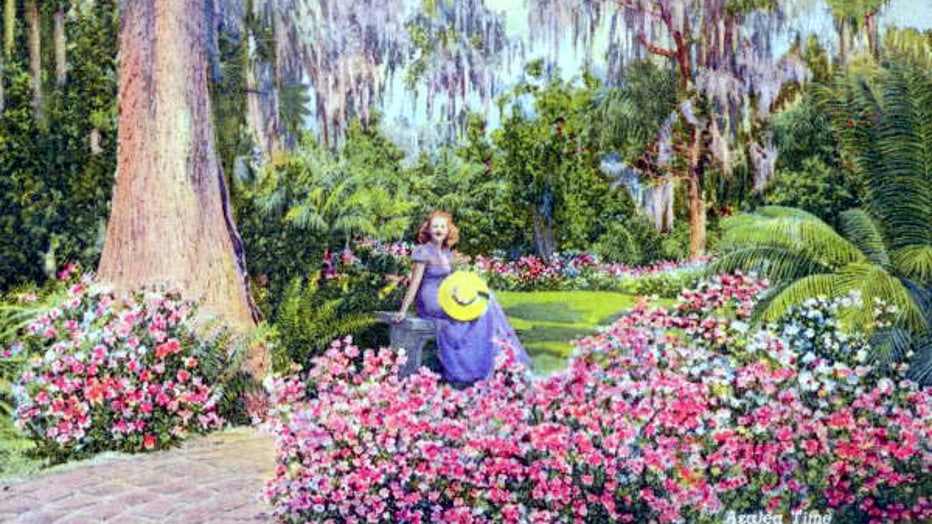 Julie Pope knew the most about all the flora and fauna that would grow in the garden because of her Brewton, Alabama roots. 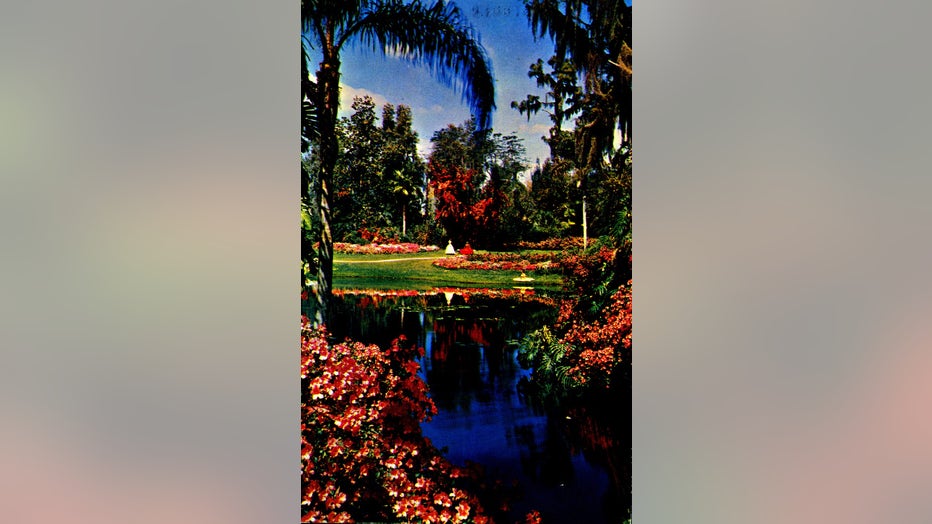 Because of the gardens' notable success, Dick Pope was deemed "Mr. Florida" and the "Father of Florida Tourism."

By the 1940’s the water ski show was bringing in visitors. Soldiers in the area would come to see the "water show". Cypress Gardens started being called "the water ski capital of the world."

Polk County: 'Region with a Record'

The innovative theme park also became a hot spot for Hollywood. It was the set for several movies like On an Island With You and Easy to Love.

After decades of business, Dick Pope passed the garden down to his son. Dick Jr. sold the theme park to Harcourt Brace Jovanovich, a publishing conglomerate, in 1985, but it struggled to compete with the ever-growing theme park scene in Orlando.

The park was rebranded in 2004 as 'Cypress Gardens Adventure Park,' though the opening was delayed by three hurricanes, as Bill Murphy explains in this report from November 2004.

The gardens suffered severe damage from three different hurricanes in 2004, delaying the reopening of the rebranded "Cypress Gardens Adventure Park," one of the final attempts to keep Cypress Gardens alive.

Cypress Gardens officially closed for good in 2009, and the property was bought by Merlin Entertainment. 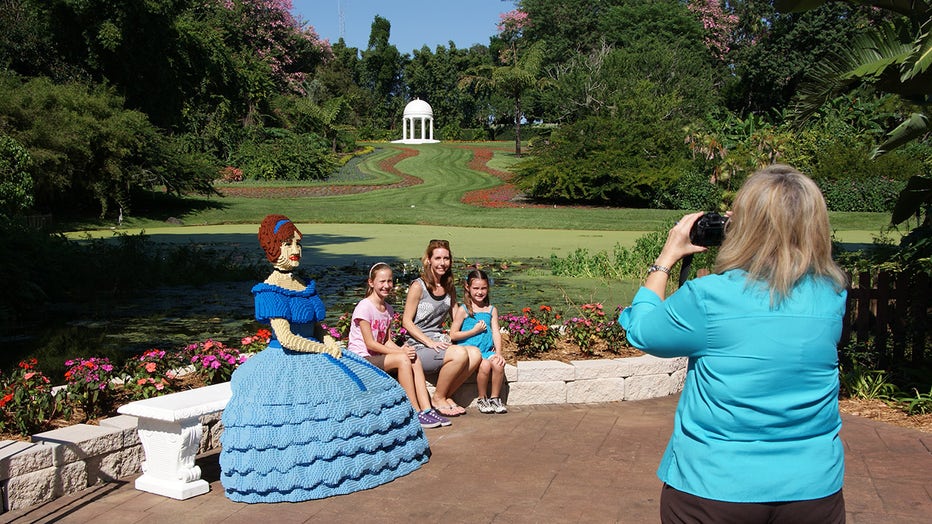 Part of the old Cypress Gardens park is preserved at LEGOLAND, in some cases with a Lego twist.

There’re still some touches of the original gardens like the great banyan tree that was planted in 1939 and daily water ski shows that include some LEGO characters. Visitors can still see some of the historic gardens; admission is included with the purchase of a LEGOLAND ticket. 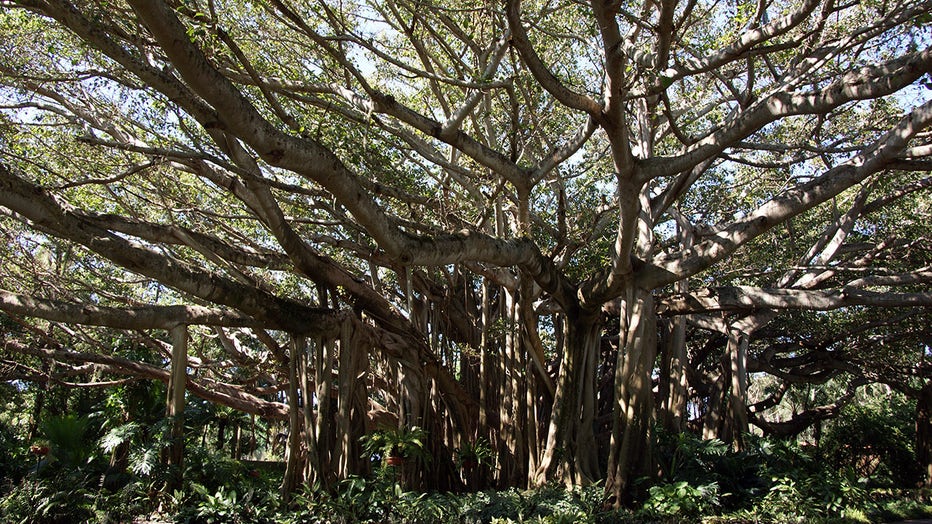 RELATED: The history of Legoland Florida

The Cypress Gardens Water Ski Team still exists and performs on the third Saturday of each month.