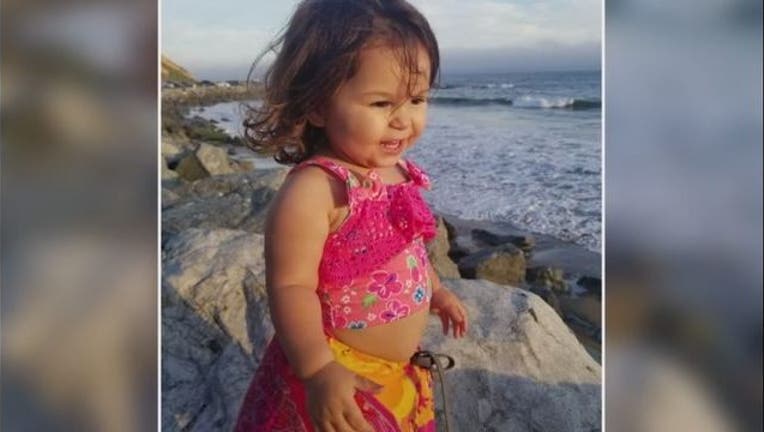 TORRANCE, Calif. (FOX 11 LOS ANGELES) -  A toddler has died after allegedly being left in a hot car for hours in Torrance.

The toddler who passed away was identified as 2-year-old June Love Agosto.

According to the police report, the girl's mother left little June buckled up in her car seat with a blanket on her, the windows rolled up and the heat on for about 4 to 5 hours last Saturday at about 11 p.m.

The mom admitted to police she was drinking in a vehicle next to her car with a friend and fell asleep.

She woke up about five hours later and opened her car door to find vomit on her baby’s clothes and burns. She laid June on the lawn and sprayed her with a hose trying to revive her and cool her off.

Someone called paramedics and rushed June to the hospital with burns to her face, chest and arms in full cardiac arrest according to the police report.

“She’s my only grandchild. I just came out here and June celebrated her second birthday. June Love was a beautiful baby, she deserved a good life. She deserved to grow up, go to school,” said June Love’s grandmother Helen Hernandez.

In the report, June’s mother admits she used to be addicted to drugs but had gone through rehabilitation. She told police she also has a 9-year-old son who a relative adopted when he was three.

An autopsy will be performed to determine an official cause of death.

The family has a GoFundMe page.