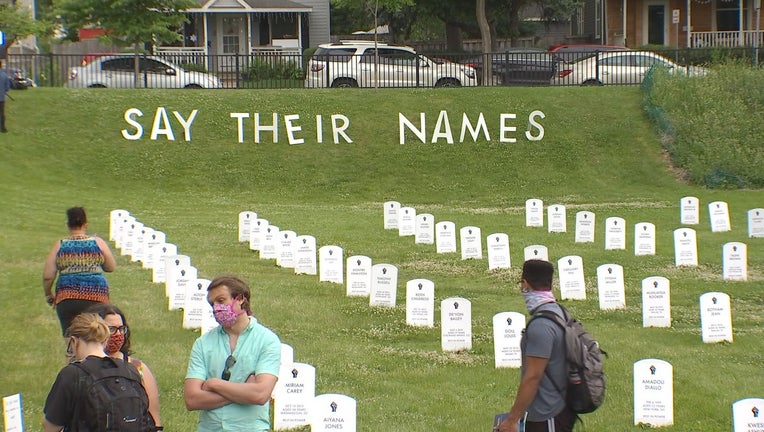 MINNEAPOLIS (FOX 9) - A display of art is sending a powerful message just blocks from the spot where George Floyd died nearly two weeks ago.

In a yard off 37th and Park Avenue, dozens of tombstones have been set up featuring names including Philando Castile, Freddie Gray, and George Floyd, all men and women who lost their lives at the hands of police officers.

Speaking with a FOX 9 reporter, the artist who made the project said "we want it to speak for itself."

The memorial is one of many works of art that continues to draw attention to issues of race in the aftermath of George Floyd's death. 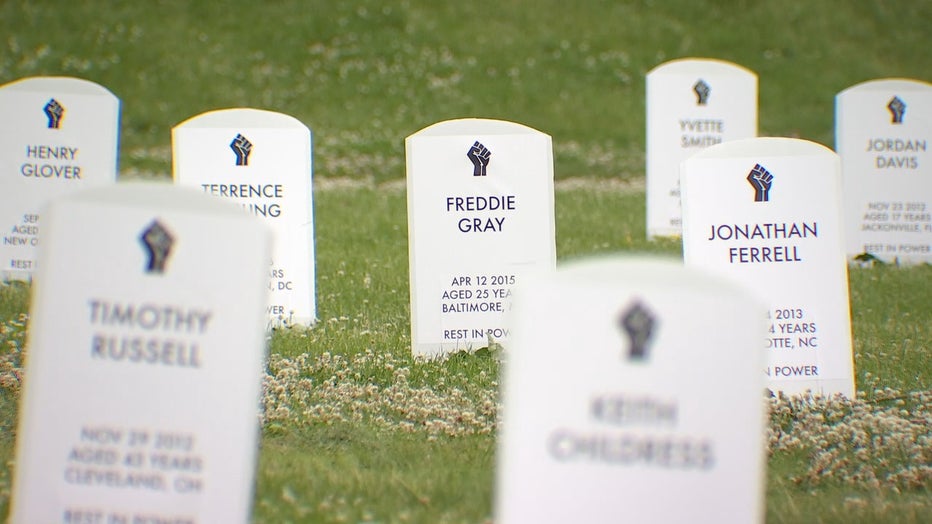 Two blocks away, a rally to honor George Floyd's life continued for yet another day. Since his death, memorials have continued to sprout up at that location at 38th and Chicago.

A second funeral ceremony was held in North Carolina on Saturday for Floyd. A third ceremony will take place next week in Houston, where Floyd lived before moving to Minneapolis.