Raw video of I-75 tornado

OCALA, Fla. - An apparent tornado swept across Interstate 75 north of the Tampa Bay area this morning, leaving behind some damage but only minor injuries.

According to the Florida Highway Patrol, it was around 10:15 a.m. when the tornado crossed I-75 in Marion County, south of Ocala but north of Lake Panasoffkee. The twister flattened trees and caused at least one crash involving a tractor-trailer that was hauling a portable building on a trailer.

The truck was headed southbound on I-75 when the tornado’s winds lifted the 36-foot building from the trailer and tossed it over the northbound lanes. Before it smashed to the ground east of the interstate, the building clipped the back end of a pickup truck.

The driver of the pickup truck, a 48-year-old Ocala man, suffered minor injuries but did not require hospitalization. The truck appeared to be part of the convoy accompanying the wide load. 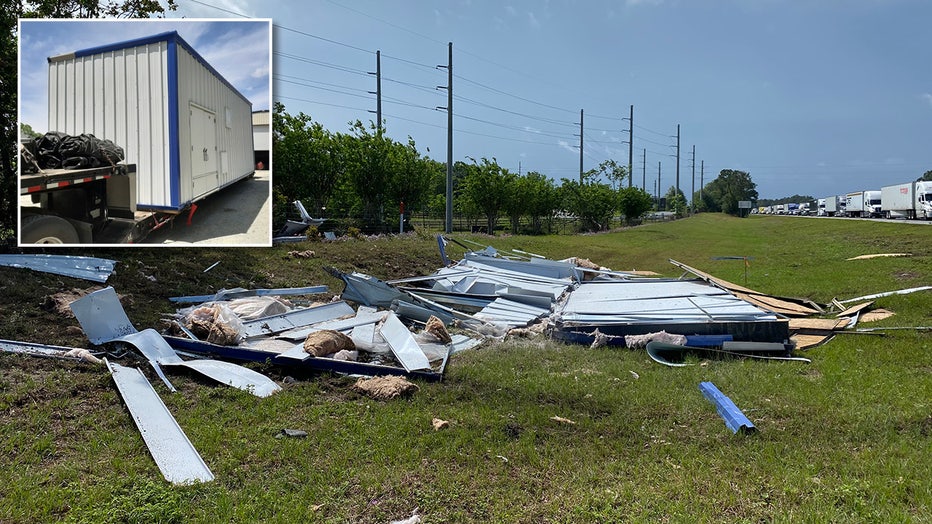 Photos show the trailer before (inset) and after the tornado. Courtesy FHP.

Several motorists caught footage of the storm on their cell phones. Video showed the grey funnel twisting across the highway as vehicles slammed on their brakes to avoid driving into it.

“Look at those clouds getting sucked up,” said one motorist in a video shared with FOX 13 by Seth Raper. “No way!”

“Wow, I just missed that,” said another driver in video shared by Laura Taylor. 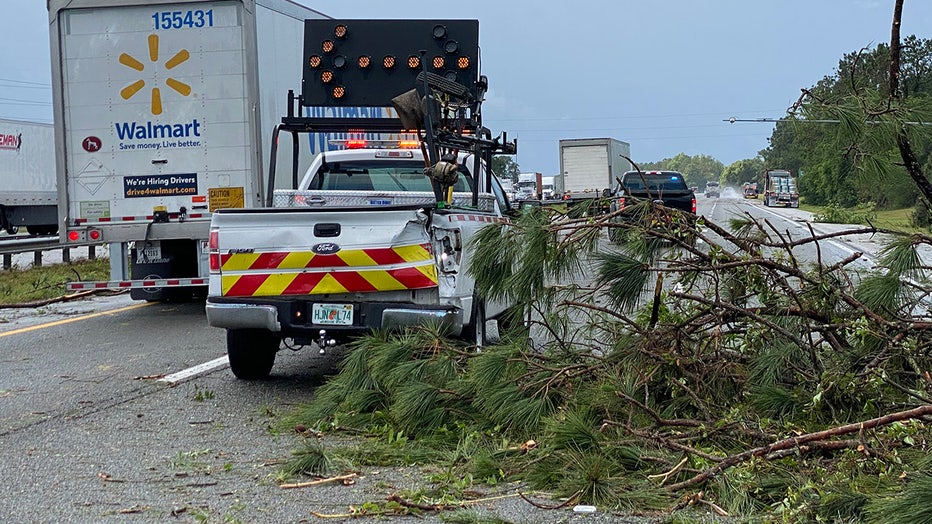 The National Weather Service has yet to officially confirm or classify the apparent tornado, which was produced by a line of storms that blew through Florida on Monday.

Further south, a tornado left trees down and buildings damaged in Homosassa. There were no immediate reports of any injuries there.