The severe thunderstorms resulted in some damage in Citrus County. According to the sheriff's office, power lines are down in the area of Halls River Road and U.S. Highway 19.

"Please avoid this area and take an alternate route," the agency wrote in a social media post. "If you see down power lines, do not approach them, as they are still ACTIVE."

The winds knocked down tree limbs and power poles. The metal roof of a gas station in Homosassa was ripped off. 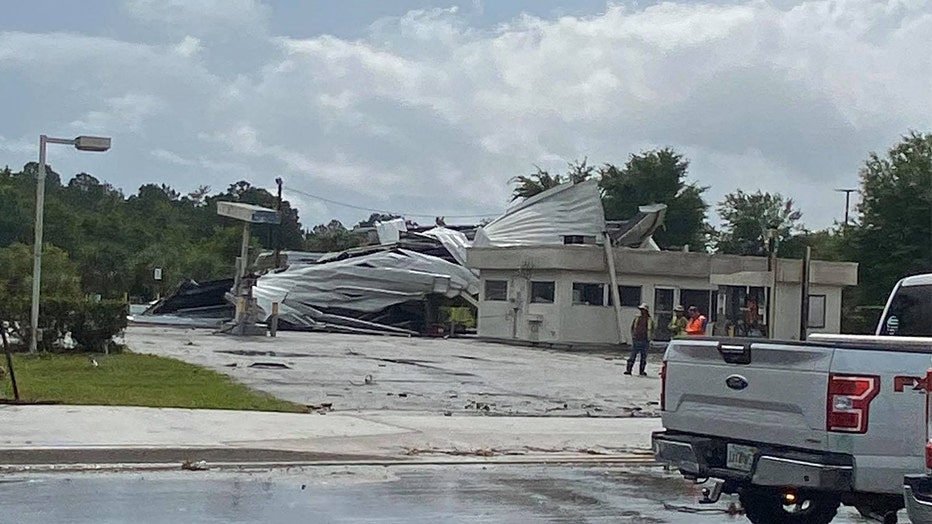 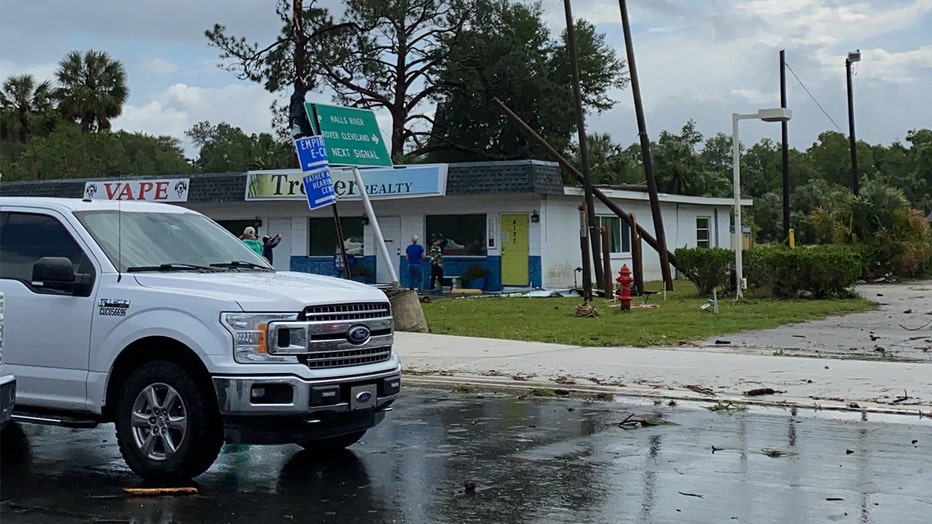 The line of strong storms produced a possible tornado in Wildwood, located in Sumter County.

Severe thunderstorm watches were issued Monday morning by the National Weather Service for Florida counties, including most of Tampa Bay.

"As this line of rain and storms moves…which has a lot of moisture and a little bit of instability, we may have to deal with one or two isolated storms," said FOX 13's meteorologist Dave Osterberg. 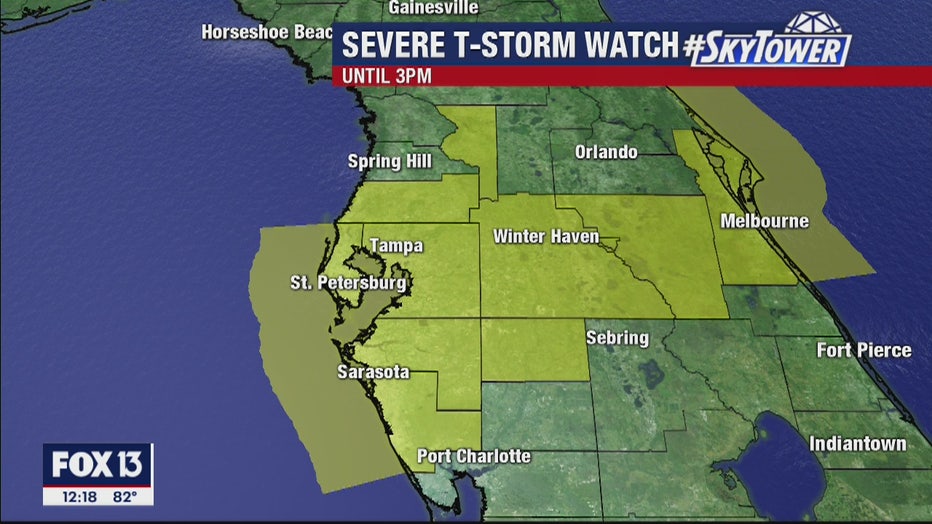 He said the primary threat is damaging wind gusts or the potential for some hail, but there is a much bigger risk for severe weather north of the Bay Area.

"I just think it's going to be a very windy, windy day," Osterberg said. "The winds will gust well over 30 mph, especially, of course, when that line of rain comes through. Please, no boating today."

Later in the day, around the evening commute time, we will start the drying out process.

"It will feel drier," Osterberg said. "You will notice a big difference in terms of the humidity levels as we get into tomorrow. Then tomorrow, breezy, warm and drier in general."