PLACIDA, Fla. - Between whooshing gusts of wind, fire alarms drowned out all other sounds inside Gasparilla Mobile Estates along Florida's southwestern coast.

Many homes were destroyed by Sunday morning's line of storms. The rest, barely standing.

"Was I lucky? Yes. And I didn’t even get to church this morning," said resident Tom Ruf, who was asleep when the storm moved through Sunday morning. "It kind of woke me up. There was a big transformer across the street. When those things go, they get your attention."

Ruf has experienced hurricanes during his 14 years of living at the park, but this storm was different. 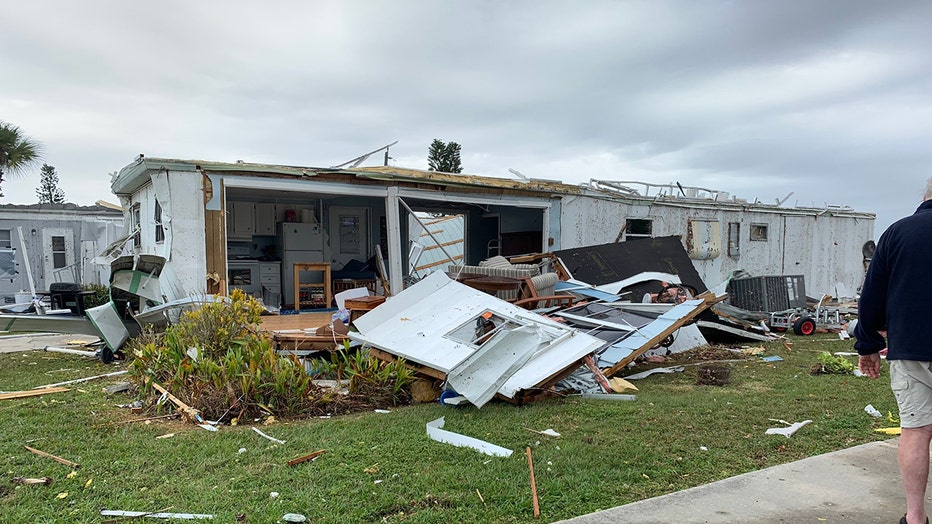 The National Weather Service confirmed what Gasparilla Mobile Estates residents already knew: an EF-1 tornado moved over Gasparilla Sound, with maximum winds of 110 miles per hour. The twister covered more than 1.25 miles and was about 50 yards wide.

The damage felt larger than that for those who lived nearby.

Across the way, Jerry Allen was trying to make a cup of coffee.

"The wind picked up. Something I’d never seen it like that before. It took our awning straight up, bent it back and it came crashing against the trailer," he said. 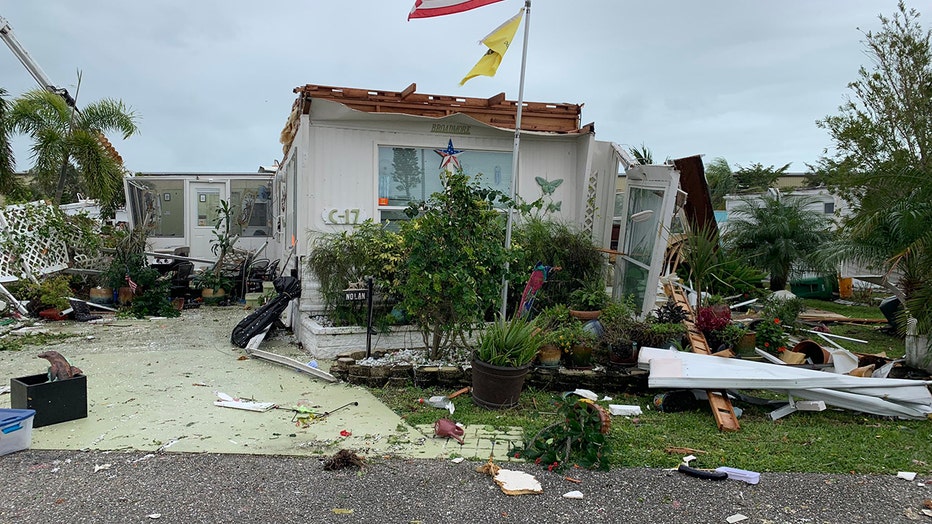 It moved by in seconds, but the damage will take days – or longer – to clean up.

"We had a couple of things that were in the yard here that I had seen in the neighbors' yard. I walked over there to pick it up and I lifted my head up and that’s when I started counting my blessings," said Allen.

Walls were caved in. Roofs had been ripped off. Some homes were completely destroyed.

"The storm seemed to go right through the center of the park," said Allen.

As crews worked to restore power, Allen began helping any way he could.

"We got our generator out so we’ve got power, we make coffee for folks and I tell them if they need their cell phones charged come on down," he said.

Allen and Ruf were both lucky. Their homes are OK. 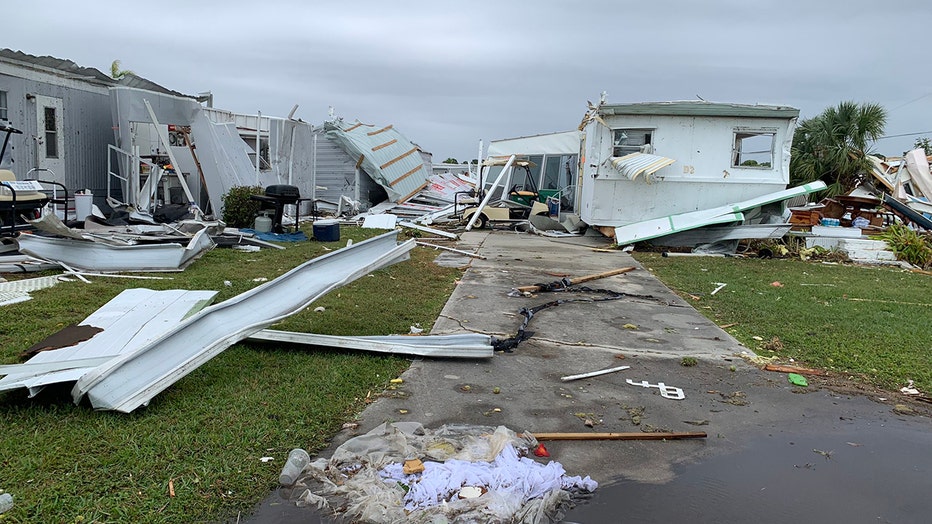 The National Weather Service will continue to investigate the area as those picking up the pieces are now left figuring out their future.

"What do you do? You pick yourself up. And you have two choices rebuild or move," said Allen.

According to NWS, the tornado came ashore as a waterspout near a marina where it flipped a boat and damaged several others. It then moved across the Gasparilla Mobile Estates community causing an estimated $500,000 in damage.