TAMPA BAY, Florida - Many woke up to severe weather Sunday morning as a strong cold front raced across Florida.

Wind gusts reached 54 miles per hour in St. Petersburg and the National Weather Service confirmed an EF-1 tornado touched down in Charlotte County around sunrise.

Tornado warnings were also issued across parts of Manatee, Sarasota, DeSoto and Charlotte Counties as the squall line produced severe storms there.

A tree fell on an apartment building on North Osceola Avenue Sunday morning, according to Clearwater Fire & Rescue. No injuries were reported. 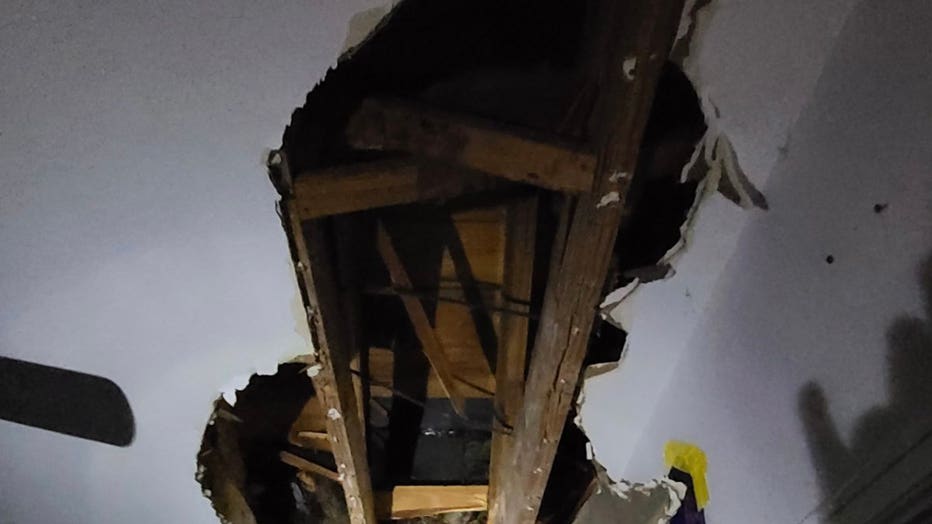 While the risk for dangerous weather has ended for the region, a passing shower will remain possible through the day on Sunday as the upper-level energy pushes through.

Winds will remain stiff Sunday at 15 to 25 miles per our – with gusts over 30mph common. Blustery winds will keep temps steady in the 60s all day long. 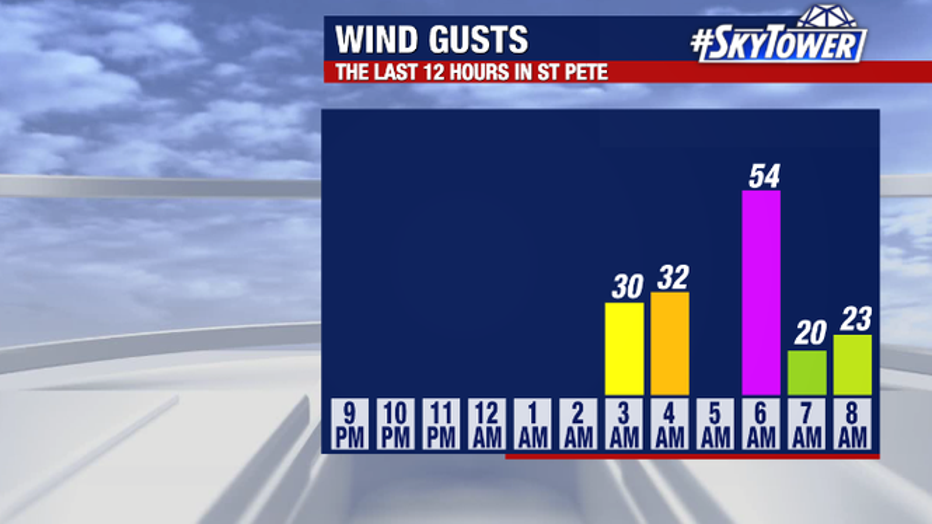 Strong winds will also lead to a slew of marine hazards as well. A gale warning is in effect through Sunday evening as SW winds could gust up to 45 knots with seas as high as 10-15 feet along the Gulf of Mexico.

A coastal flood warning also remains in effect until 7 p.m. Sunday from Tarpon Springs north to the Suwannee River where water levels could run 1 to 4 feet above normal tide levels, especially at times of high tide. Low-lying areas could also experience some minor to moderate flooding and shoreline erosion is possible. 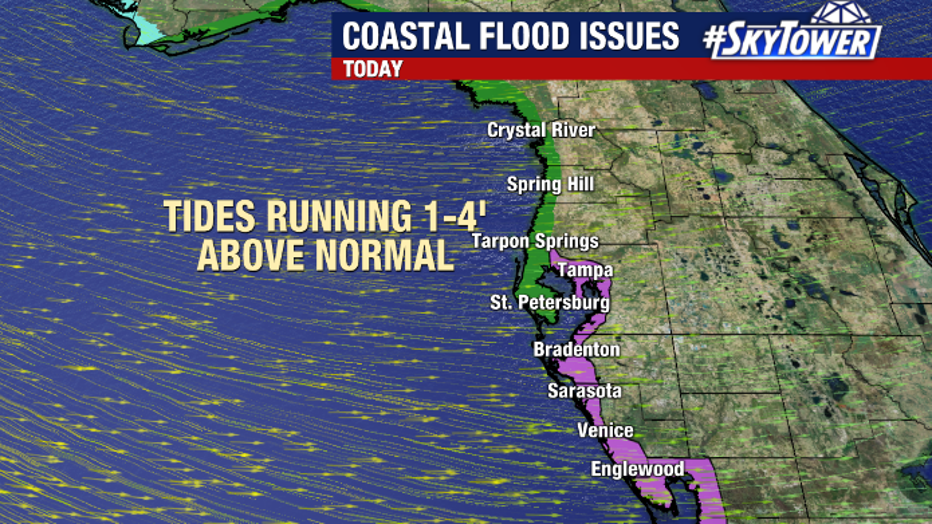 Additionally, a high surf advisory remains in effect through Monday evening. There will also be a high risk for rip currents through Monday at area beaches.

Behind the front, some of the coldest air of the season arrives to kick off the new work week. 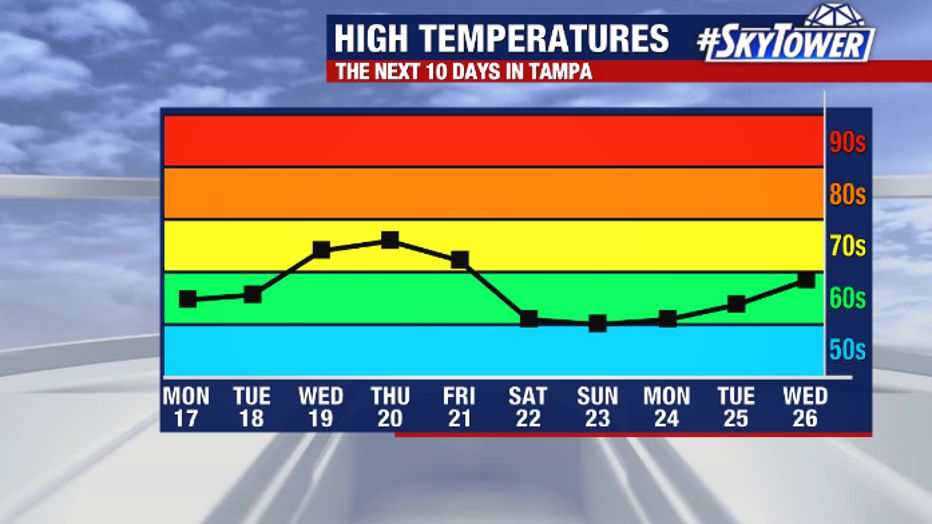