ST. PETERSBURG, Fla. - Every time someone stays at a hotel, 6% of the bill goes right back into the local economy, and the revenue from that tax broke records in March, according to St. Pete-Clearwater.

"Our recovery has been astounding," said Leroy Bridges from Visit St. Pete-Clearwater. "We heard from a lot of hoteliers, attractions, our industry partners during March and April that it was the busiest they've ever seen this destination, and our latest bed tax numbers confirm that's the case."

Similar success was felt in Hillsborough County as well.

"We're doing it without international visitation, we're doing it with conventions being about 50% in-person, and we're just killing it, we're 10% off the 2019 number," said Santiago Corrada, the CEO of Visit Tampa Bay. 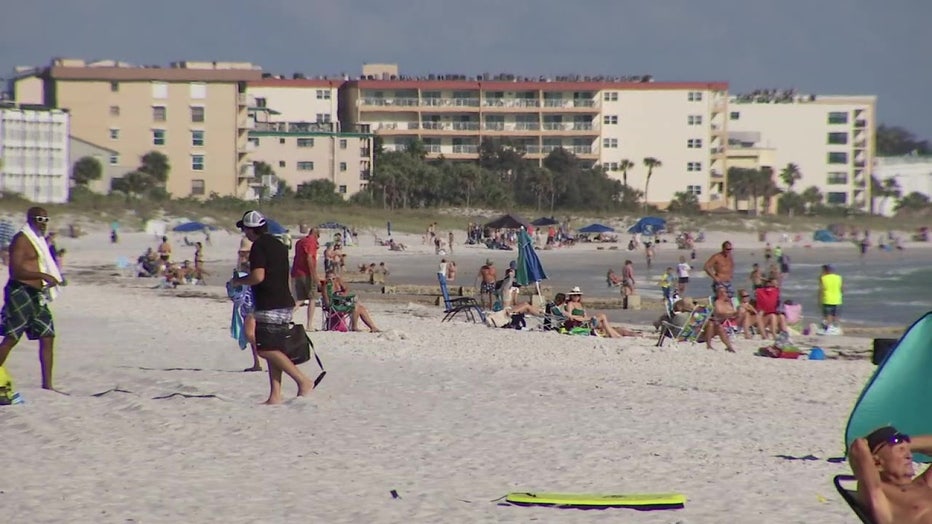 2019 tourism numbers still hold the record in Hillsborough County, but this past March narrowed in very closely, and with 2,000 more hotel rooms in the county now, compared to 2019, Visit Tampa Bay anticipates more record-breaking numbers as we get into the second half of 2021.

A big reason for that is because of conventions. Seventeen were rescheduled or relocated to Tampa; bringing in about $39 million by the end of the year.

Hotel occupancy in Hillsborough County is hitting 80 to 90% on Friday and Saturday nights. Corrada says that consistency is much higher compared to previous years.