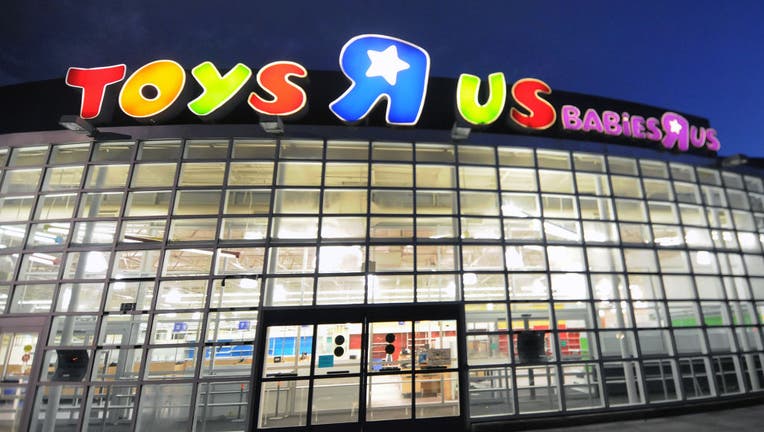 A Toys R Us store that was shuttered in 2018 is seen on June 21, 2019 in Orlando, Florida. Toys R Us is reportedly planning to reopen some stores in the United States later this year after closing more than 700 stores in the U.S. last year. (Photo by

Toys R Us will open its flagship store inside the American Dream mall in Bergen County, New Jersey, later this month. The store’s parent company, WHP Global, made the announcement Wednesday.

The store will have two floors inside the mall, spanning 20,000 square feet. It will also house a two-story slide and an ice cream parlor.

"American Dream is a one-of-a-kind unrivaled retail center featuring massive entertainment experiences that make it an ideal destination for families. Debuting our first Toys"R" Us flagship here is a no-brainer," Yehuda Shmidman, WHP Global and Toys"R" Us Chairman and CEO, said.

A sanitation worker gave a young boy in Murwillumbah, New South Wales, an unexpected gift after the child thanked him for collecting his family’s trash. (Credit: Ashley Rai via Storyful)

The Toys R Us brand has struggled over the past few years with the rise in retail shopping and the COVID-19 lockdown in 2020.

Earlier this year, the only two Toys R Us stores that opened in November 2019 as part of a small U.S. comeback attempt closed. The Toys R Us store at the Galleria mall in Houston and another one at the Garden State Plaza in Paramus, New Jersey, closed in January, according to Tru Kids, a new entity formed when it acquired Toys R Us’ intellectual property during its liquidation in 2018.

"As a result of COVID, we made the strategic decision to pivot our store strategy to new locations and platforms that have better traffic," Tru Kids previously said in an emailed statement in January 2021. "Consumer demand in the toy category and for Toys R Us remains strong and we will continue to invest in the channels where the customer wants to experience our brand."

The store has focused more on its digital presence, opening its digital flagship store in 2021 with Macy's. More than 400 Toys R Us "shop-in-shops" are scheduled to open inside Macy's stores nationwide starting in 2022.

The U.S. Toys R Us online business remains operational. And outside of the U.S., Toys R Us and Babies R Us generate more than $2 billion in global retail sales annually through nearly 900 branded stores and e-commerce sites in over 25 countries.

RELATED: Macy’s, Toys'R'Us partner to bring the toy store back into physical locations

The store could also boost visitors to the megamall. The mall includes a Nickelodeon-themed amusement park, an indoor ski slope and a skating rink.

The American Dream mall took nearly two decades — and lots of fits and starts in between — to become a reality. When it finally did open its doors in October 2019, the giant shopping and entertainment complex was forced to close five months later as the coronavirus bore down on the globe.

Young boy calls police to show them his toys

A 4-year-old New Zealand boy who dialed the emergency number to ask the police to come and see his toys was surprised with a special visit from an office.

It reopened in October 2020 with new safety protocols in place. But the pandemic has complicated its outlook, delayed expansion plans, cut off its cash flow and stolen international visitors. American Dream also lost a handful of key partners that either filed for bankruptcy — like Barneys New York, Century 21and Lord & Taylor — or pulled out like high-end retailer Montcler.

The pandemic has hurt malls in general. Still, analysts say the high-end ones have been more resilient while low-end malls have suffered, with moderate-priced department store chains like J.C. Penney shuttering stores.

The average vacancy rate for all malls across the country climbed by around 2.2 percentage points from the end of 2019 to the second quarter of 2021 and now hovers at 7.4%, says CoStar Group, a real estate research firm. The top-tier malls are seeing vacancies average 4.5% as of this year’s second quarter, while the bottom-tier have experienced a much greater slowdown, with an average of around 13%.