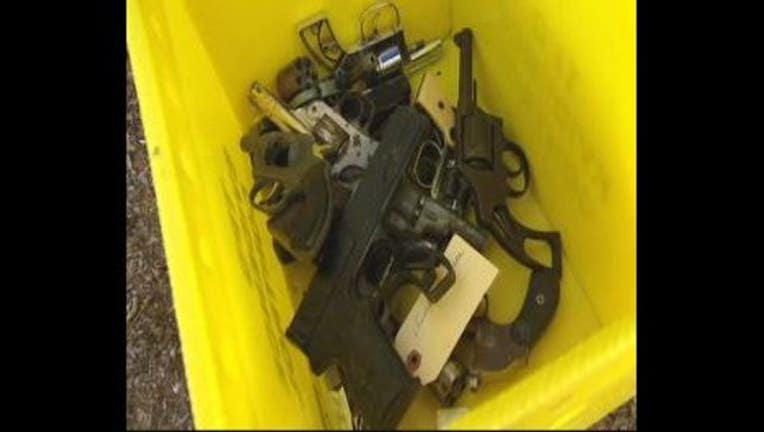 Hundreds of potentially dangerous weapons are off the streets in Tampa.

By the end of the day, officers collected 521 revolvers, pistols, rifles and shot guns.

Police say some of those guns that had been sawed off are used for one purpose—to kill.

The goal is to keep weapons out of the wrong hands.

"You may have a widower whose husband owned guns," said Tampa Mayor Bob Buckhorn. "They don't know what to do with it. It's lying around the house, it is ripe for home burglary, that's how guns like these wind up on the street."

Gun violence is on the rise across the country and Tampa is no exception.

In just the first half of this year, police have investigated more than 100 gun related crimes in the city compared to last year.