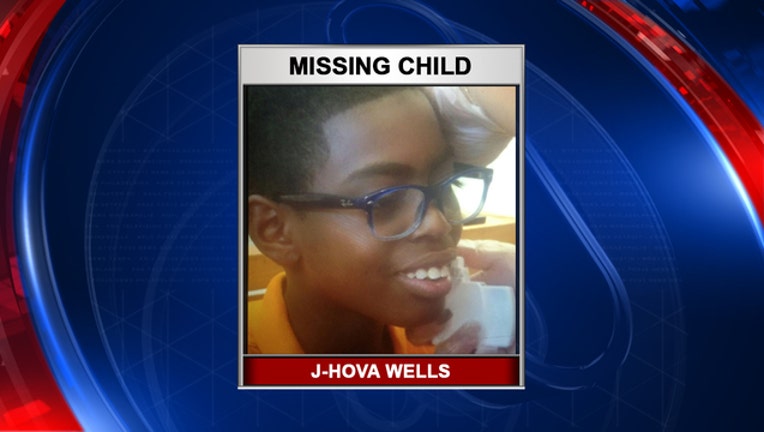 TAMPA (FOX 13) - The 12-year-old went missing, was found, then went missing again-- but he has been found safe yet again.

Early Friday evening, Tampa police asked for the public's help to find 12-year-old J-Hova Wells, who went missing from the 11300 block of North 51st Street. He is a black male, about 5' tall and weighs around 70 pounds.

He was last seen wearing dark colored shorts and was not wearing a shirt or shoes.

Tampa police said J-Hova is new to the Tampa area. In the picture released by TPD, he has glasses on, but he was not wearing them when he left.