CLEARWATER, Fla. - A manatee well-known for his travels up and down the Atlantic coast is now the subject of a new tracking study. Chessie has been spotted in places as far away as New England and now researchers are going along for the ride.

The unusual sighting earned him his nickname.

"At the time, there was this big concern that the water is going to get cold and he wouldn’t be able to make it back to Florida in time," Ross said.

He was rescued and taken back to Florida where he was released, but it wasn't long before he headed north again. This time he traveled to New England. 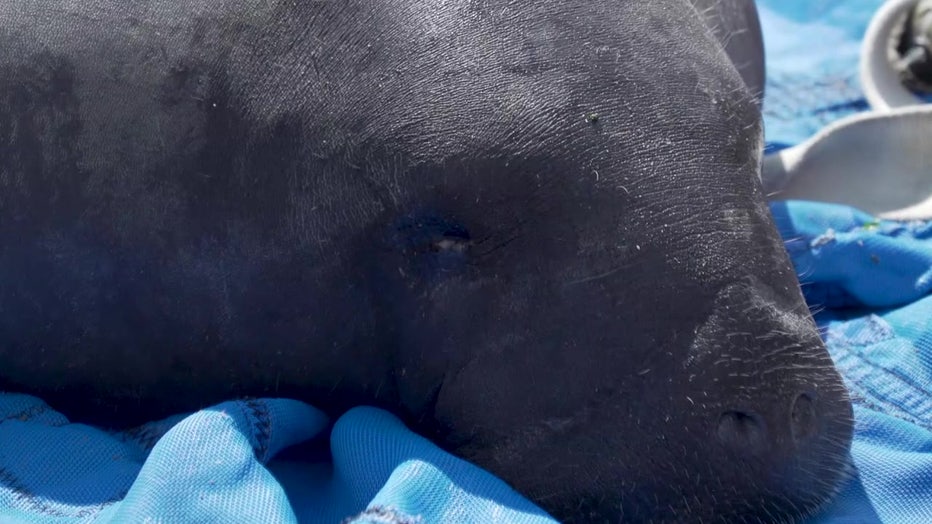 At the time, he was the first manatee ever confirmed to make it north of the Chesapeake Bay.

"He's on the record books and he got the attention of so many people to learn about manatees just by following his movement. I call him the little rock star of the manatee world," Ross said.

Back then, tracking was done using satellites with questionable accuracy. Now, more than 20 years later, GPS technology has dramatically improved.

In February, Chessie was spotted off the coast of Riveria Beach in critical need of care. After three months of rehab at Sea World, he was released back into the wild, but not before Ross outfitted him with a GPS tracking device.

"He's the perfect animal for us to put into our study to see how he's going to use the habitat and is he going to repeat his out-of-the-state movement," Ross said.

Soon, anyone will be able to track Chessie and his whereabouts through the study's website. As Ross explains, the study will help scientists better understand manatees and their habitat making it so conservationists can better know which areas of the water need to be protected.

"So we're going to know as long as his tag stays at the surface approximately what habitat he's using and how quickly he's making that track," Ross said.