"If you look at the moniker here, ‘Man does not die until he is forgotten,’" said Retired Army Major General Carl Horst. "Our mission is to not forget."

The "Remembering our Fallen" exhibit, which is set up next to the Gold Star Families monument, was created by a Nebraska couple who run the non-profit Patriotic Productions and has been touring since 2017. It includes personal photos next to military photos so guests can see the man or woman behind the uniform.

"Every image that you see here, there’s a Gold Star family behind them," Horst shared. "Whether it’s a mother, a father, a husband, a son, daughter, brother, sister."

For Bay Area resident Craig Gross, it was his son, Frankie.

"He could have gone into the military as an officer but he chose to go in as a non-commissioned officer," Gross said. "I asked him why, and he said, ‘Well dad, I really want to be boots on the ground.'" 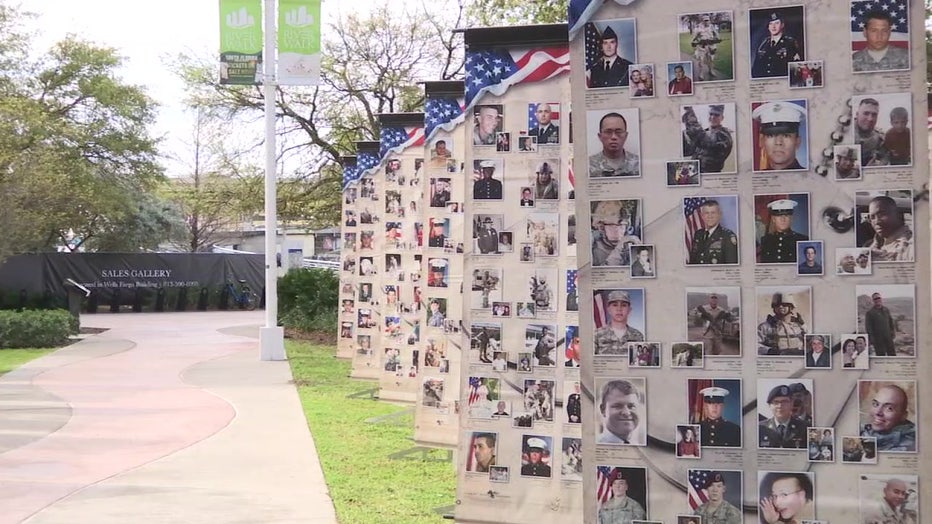 Frankie was 25 years old when he was killed in Afghanistan in July of 2011 after his vehicle hit an improvised explosive device.

"One of the amazing things about Frankie’s story is that he was buried in Arlington on his birthday, on the very same time that he was born," he said.

Gross tells Fox 13, the message he hopes to share about this exhibit is a redundant phrase, but he hopes people believe it from looking at these images. 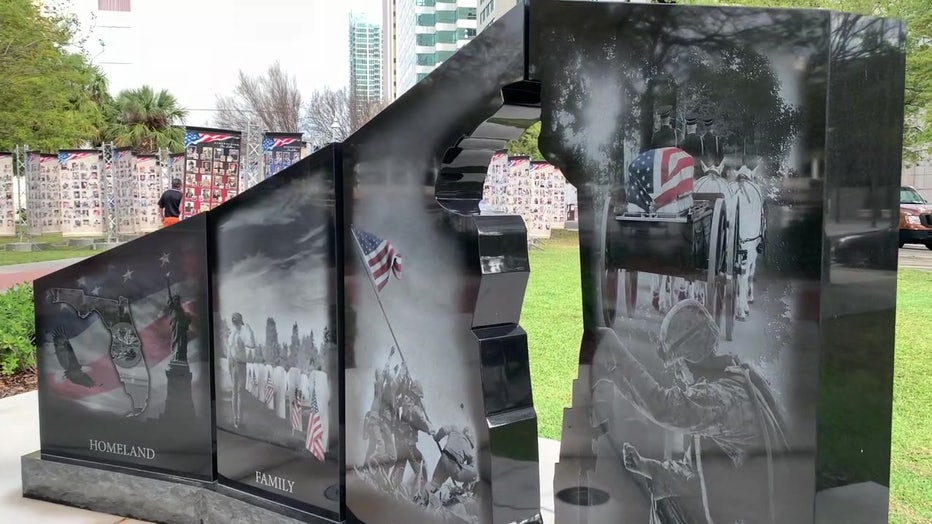 "I really want people to walk away and say yes, indeed, freedom is not free," he said.

The memorial also includes tribute towers to recognize the men and women who died from training accidents or attacks while stationed stateside or on overseas bases.

It is open to guests in Tampa from March 16- 20 during daylight hours.