NEW YORK (FOX) - Each week around, 120 pets come to the cancer institute in Manhattan's Animal Medical Center, where they receive the most advanced cancer care -- similar to humans.

"It's the only cancer center certainly in New York for veterinary cancer where we treat animals for both chemotherapy, radiation therapy, immunotherapy," oncologist Dr. Nicole Leibman explained.

Nine-year-old Lola was getting chemotherapy for a form of pancreatic cancer.  Like most, she's not a fan of needles, but after six months of treatment, Lola is cancer-free.

"If I hadn't gone through whatever I had gone through for her, she probably only had a few more months to live," said Dominique Milbank, Lola's owner.

It's a costly investment more pet owners are making.  Around 50 percent of dogs over the age of 10 develop cancer.  High-end animal cancer treatments are now available in vet clinics across the country.

Treatment can run into the tens of thousands of dollars without pet insurance.

"It's safe to say we could have bought a very nice luxury car," owner Marilyn Benetatos offered.

As treatments and technologies improve, oncologists like Brooke Britton are weighing the ethics of spending tens of thousands of dollars for animal medical care.

"You know, there's a saying: 'Just because we can, doesn't always mean we should.' I'm a firm believer of stopping before a time when we've believed we've reached a limit of what we believe we can reasonably do to extend a pet's quality of life and life span."

But to owners like Dominique, who took in Lola after she was found tied to a bench, there's only one option.

"I would give every penny I have, every saving that i have," she stated.  "I would do everything for her that I can." 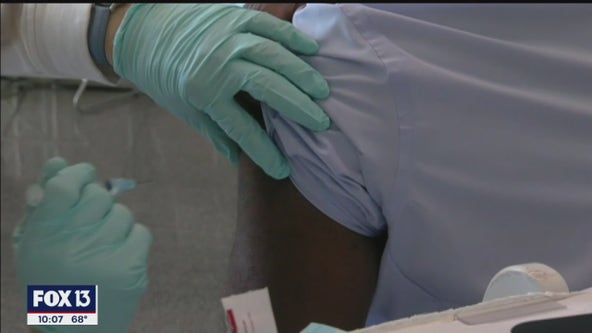