The youngster took his parents' SUV and tried to drive from Utah to California so he could buy himself a Lamborghini.

OGDEN, Utah - When troopers saw an SUV swerving on a Utah highway, they thought they were pulling over an impaired driver. Instead, they found a 5-year-old boy behind the wheel.

Utah Highway Patrol said the youngster had taken his parents' car after getting into an argument with his mom, where she refused to buy him a Lamborghini.

So he decided he'd go buy one himself. 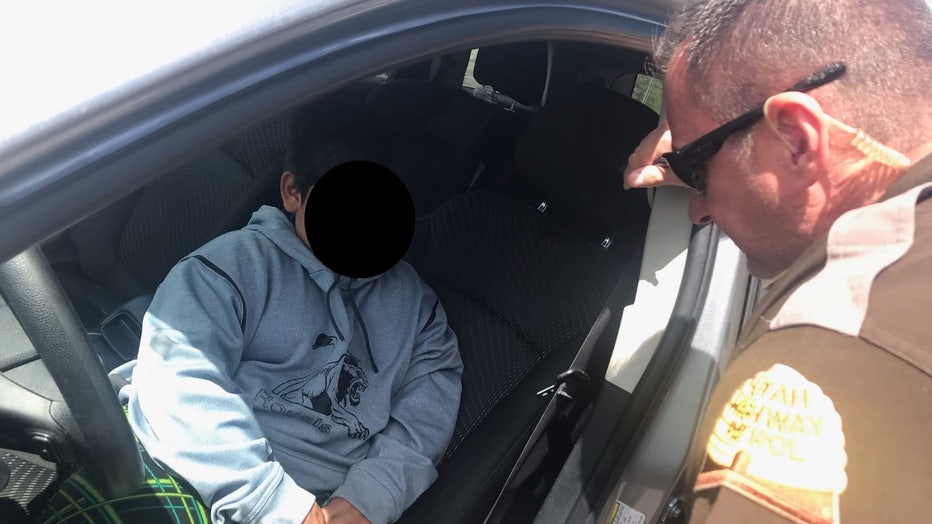 The boy took the car and drove several miles from his home to Interstate 15, where he was pulled over.

“It likely would have been much worse had he gone much further,” Trooper Rick Morgan told FOX 13 Salt Lake City. “He was sitting on the front edge of his seat so he could reach the brake pedal.”

Dash cam video showed the trooper speaking with the boy.

"You're 5 years old? Wow," Morgan could be heard saying. "Where did you learn how to drive a car?"

When he asked where the little boy was going, the 5-year-old said he was on the way to California to buy the luxury sports car.

“He might have been short on the purchase amount, as he only had $3 dollars in his wallet,” the highway patrol wrote on Twitter.

The agency tweeted a photo of the boy talking with a trooper, and confirmed he is indeed 5 years old, though the photo angle may have made him look older.

The boy was eventually reunited with his parents.

“He was upset. He was on the verge of tears,” Morgan said. “I don’t think we will see him in this situation again soon.”