He says the storm will enter a spot in the northwest Caribbean Sea Sunday night and Monday morning with very warm water and very light shear, which means there is nothing to stop Ian from rapidly intensifying.

Delegatto says the big questions are what position the storm will take and what structure it will have as it near the Florida coast late Wednesday night into Thursday morning.

By Monday afternoon, forecasters expect Ian to be a category 2 hurricane as it brushes to the south and west of the Cayman Islands. Dellegato says he will not be surprised if a Hurricane Watch is issued for a portion of Florida on Monday. 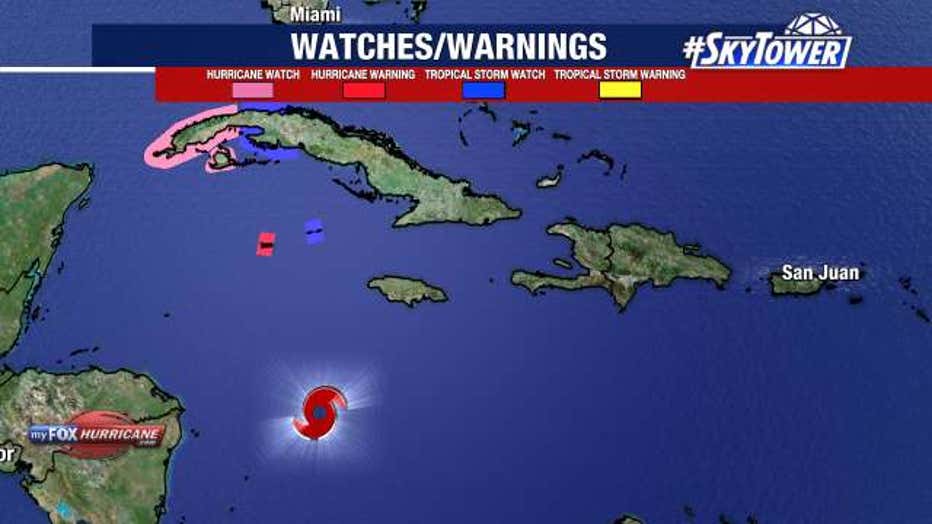 Grand Cayman is under a Hurricane Warning. A Hurricane Watch has also been posted for Cuba.

FOX 13 Meteorologist Tony Sadiku expects Cuba to get a lot of rain and flash flooding as Ian brushes the western tip of the island.

Land interaction will typically weaken a storm, but not in this case. Sadiku says the environment of the Gulf will allow Ian to gain even more strength. Ian is forecast to be a category 4 hurricane by Tuesday afternoon.

The big question is what happens after it passes Cuba. There is still a lot of mild uncertainty and a lot of model disagreement.

As of Sunday morning, the ‘cone of uncertainty’ did not include South Florida, which does not mean it won’t feel the effects of the storm and a Tropical Storm Watch is in effect for a portion of the Keys.

Sadiku says it is important to remember that the cone just shows where the center of the storm could track. Based on the current cone, the eye of the storm could hit as far south as Southwest Florida or as far north as the Panhandle. 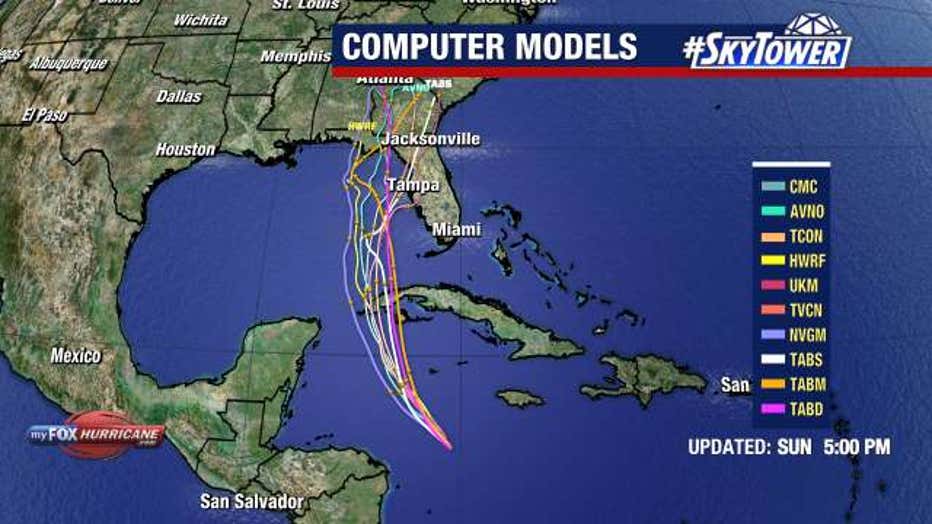 According to Sadiku, the entire west coast of Florida is fair game for a hurricane landfall. However, the spread is significant—more than 200 miles.

Looking at the forecast models, Tropical Storm Ian is expected to go from a category 3 storm early Thursday morning to a category 1 storm early Friday morning because of a hostile environment in the northern Gulf. 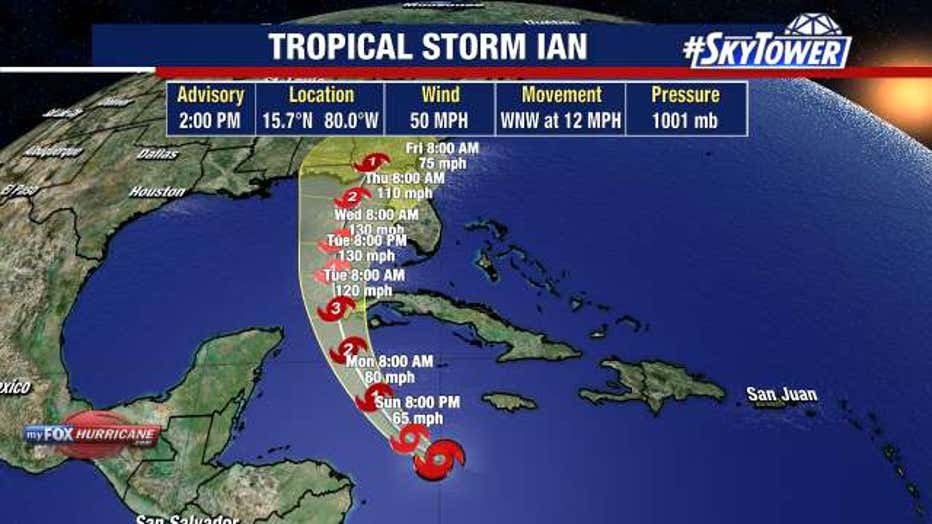 Florida is expected to be on the east side of the storm, which means the Sunshine State will see the worst effects including storm surge, heavy rain, flash flooding, and severe weather.

Florida's Governor Ron DeSantis has declared a State of Emergency for the entire state of Florida. The declaration will make important resources available as well as support and funding sources for emergency protective measures, according to state officials. The Florida National Guard will also be activated and on standby awaiting orders, the governor said.

Sadiku says it is important for the entire Gulf Coast of Florida to get prepared. He says Florida will likely begin to feel the effects of the storm Wednesday or Thursday.