VENICE, Fla. - At D-Trans LLC in Venice, Vladimir Durshpek has watched as rates for truck drivers have dropped.

"Brokers have lowered the rates to the point where it’s really hard to make a living," he said.

Brokers work with truckers as the intermediary between the shipper and carrier. Durshpek said not all, but many, have pocketed a majority of profits – leaving truck drivers working for barely anything.

"They're offering us loads for 80, 90 cents, a dollar a mile, which is unsustainable," said Durshpek.

Durshpek said it's an ongoing problem. He believes brokers are now taking even more advantage of the current situation.

"I believe the COVID-19 has kind of exposed it even more and has finally gotten to the point where it’s time to address and correct this issue," he said.

Recently truck drivers from across the nation met outside the White House. They blared their horns and caught the attention of President Donald Trump.

"They are price gouged," the president said. 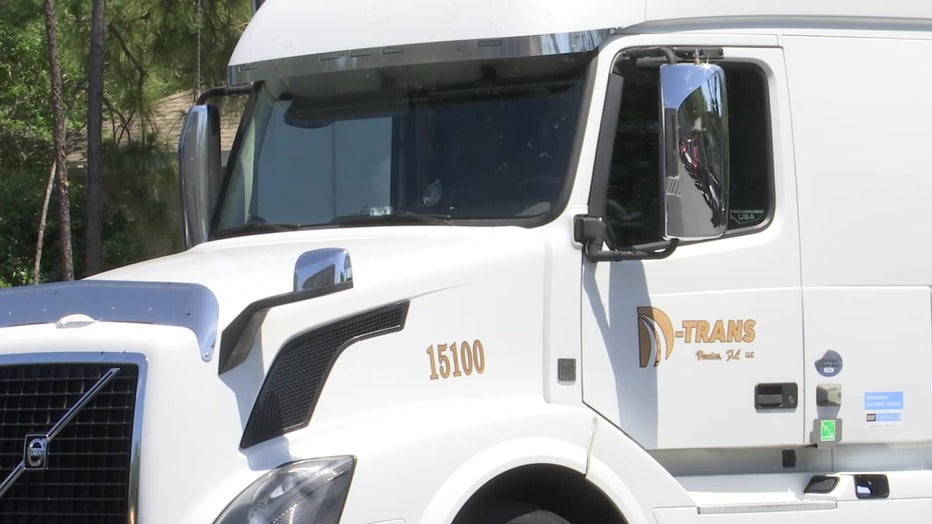 "All they want is to be treated fairly, and we will treat," he said.

Bob Voltmann the president and CEO of the Transportation Intermediaries Association, responded by saying brokers are not price-gouging – there is simply not enough freight to support all of the carriers.

"What the president said would be like blaming real-estate agents because housing prices go down. That's just not the way the market works," said Voltmann.

Durshpek said if current conditions continue, it won't just be truck drivers that are hurting. It'll be every person that relies on transported goods.

"I came from Ukraine I was 9 years old, I’m a U.S. citizen and this country is important to me. Sometimes, by looking at the way American companies practice their business, sometimes I feel like they’re not as patriotic to our country as they should be," he added.