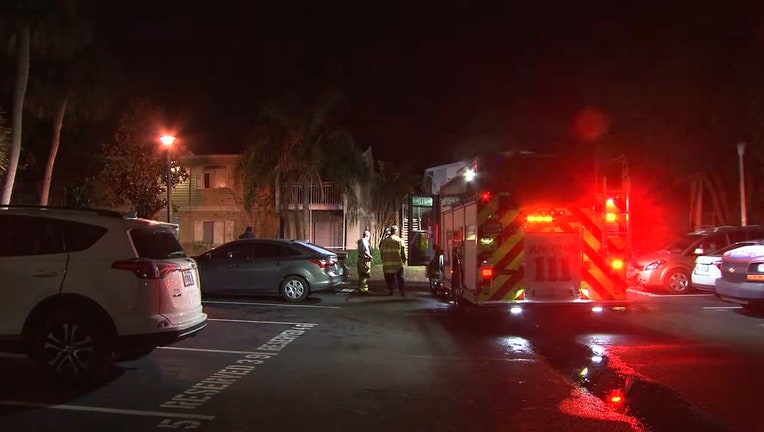 BRADENTON, Fla. - A late-night fire at a Bradenton apartment complex led to heavy damage and two families who were displaced for the night.

Cedar Hammock firefighters responded to the reported fire around 7:04 p.m. Tuesday at the Burgundy Condominiums, located at 4512 3rd Street Circle West. When they arrived, they said there were heavy fire and smoke coming from a first-floor apartment.

The fire was extinguished within 10 minutes, fire crews said. It was contained to one apartment with some smoke damage to adjacent units.

The apartment had heavy damages and losses were estimated to be about $100,000. Two families were displaced but didn’t request assistance from Red Cross, according to Cedra Hammock Fire Rescue.