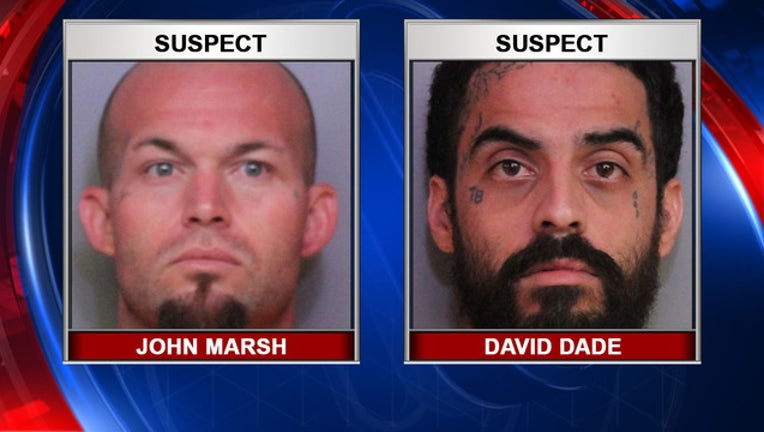 AUBURNDALE, Fla. - Two men were arrested after one of them pointed a laser light into a Polk County Sheriff’s Office helicopter.

A flight observer inside the helicopter spotted the individual with the laser light and relayed a description to deputies on the ground. Officials said they were able to locate 33-year-old John Marsh, who was arrested for unlawfully using the laser light device.

His companion, 33-year-old Dave Dade, was arrested on a warrant out of Hillsborough County for failing to appear on an unrelated charge of controlled substance possession.

“If a pilot is wearing night vision assistance while flying, the laser light gets magnified, and can seriously injure his or her eyes,” said Sheriff Grady Judd in a statement. “Aiming lasers at aircraft is reckless and dangerous. Not only does it put the lives of everyone in the aircraft in danger, it also endangers people on the ground should that aircraft crash. Fortunately, our pilot was not injured”