TAMPA, Fla. - The statistics surrounding pediatric cancer are not the best.

"The federal government spends billions of dollars on cancer research, but about four percent of that is spent on pediatric cancer research,” explained Dave Frazer, CEO of the National Pediatric Cancer Foundation.

“Fourty-three children a day are diagnosed with cancer and 17,000 a year will lose their lives,” he continued. “Together, all three of those make a pretty sad story."

When Melissa Helms' daughter was diagnosed, she was just weeks old.

"You go from a healthy 9-week-old and on top of the world to ‘Oh my God, this is unbelievable,’” she recalled. “Treasure every moment and be grateful if you have a healthy child. You know it can all be taken away from you in a nanosecond."

Close to 30 years ago, Lindsay Helms' cancer went into remission, and her mom found a new mission.

"We became very aware, during this time, of the lack research going on for kids with cancer because the group is very small. Drug companies weren't doing it, there was no profit in it,” Melissa explained. “Government was focusing on the big four: Breast, prostate, lung and colon -- and the kids got the leftovers, the hand-me-downs that have been around for years and were very toxic.” 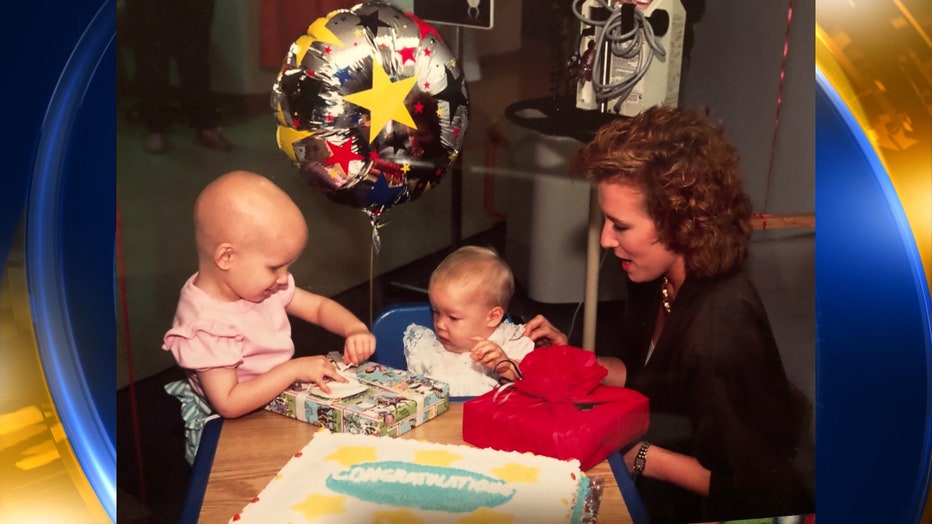 "Here we are, 28 years later and we’ve raised more than $23 million towards science,” Frazer said. “We bring the top 100 doctors to Tampa for a summit annually to idealize the next cool science that needs to be done. Right now, 83 cents of every dollar goes towards research.”

They say they'd gladly give it all up tomorrow -- if that means there is a world without pediatric cancer.

"The end goal in sight is to put ourselves out of business,” Frazer said. “Some people say that, but we really mean it. We don't want to be doing this and who doesn't want to have the life of a child battling cancer.”