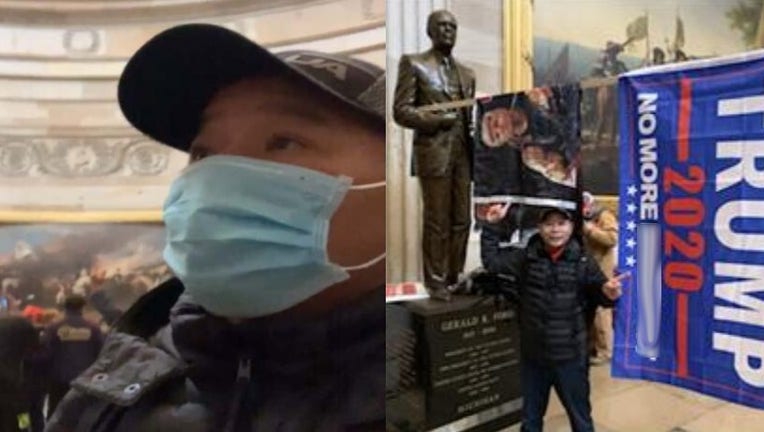 HOUSTON - A judge has sentenced a former Houston police officer to 45 days in jail for his involvement in the U.S. Capitol riot on January 6.

In September, Tam Pham pleaded guilty to parading, demonstrating or picketing in a Capitol building.

According to documents from the U.S. Department of Justice, Pham was offered a plea agreement.

Pham was sentenced this week. The judge also ordered $500 in restitution.

Pham, who was with HPD for about 18 years, resigned after department officials became aware of his involvement in the events at the Capitol.

Pham was accused of entering the U.S. Capitol Building on January 6 while off-duty.

According to federal documents from earlier this year, Pham stated that he went to Washington, D.C. for his wife’s business, and only went to former President Donald Trump’s rally to "see history."

He reportedly told agents that he followed some people walking toward the Capitol, entered the Rotunda, took some photos and videos, and then left after 10-15 minutes.