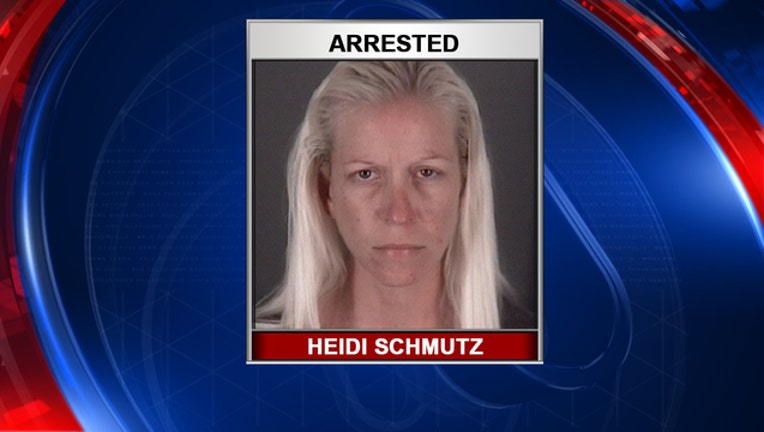 NEW PORT RICHEY, Fla. - An Uber Eats driver who told deputies a man kidnapped her during a delivery in New Port Richey has been arrested after investigators said she lied.

The Pasco County Sheriff's Office said 35-year-old Heidi Schmutz claimed a man got into her car as she was loading her vehicle with food at the Denny's in New Port Richey around 3 a.m. Wednesday.

Schmutz said the man told her to start driving and said he had a gun. She told investigators he then forcibly took her cell phone and repeatedly grabbed her breasts against her will.

Schmutz claimed she told the man she needed to make the delivery or someone would get suspicious of what happened to her. She then said she tried to get the attention of the person who purchased the food for help but was unsuccessful.

When she filed the report with deputies, she told them the man forced her to drive into a motel parking lot, where she was ultimately able to flee. Deputies then arrested the man she said had carjacked her.

But once investigators reviewed surveillance video from the motel, they said Schmutz did not appear to be in distress.

When deputies questioned Schmutz about inconsistencies in her story, they said she eventually admitted that she had made the story up.

Schmutz told investigators she had agreed to give the man a ride in exchange for cash. But when he didn't have money to pay her, she decided to make a false report and exaggerated the claims to make them sound more believable.

Deputies arrested Schmutz and charged her with filing a false report.

However, it will be up to the state attorney's office on whether charges against the man will be dropped.