British authorities busted a truck driver with more than 900 pounds of cocaine hidden in a shipment of frozen onion rings this week, the United Kingdom's National Crime Agency announced.

Border Force officers stopped the shipment on Thursday in the UK inbound zone of Coquelles, France. The 921-pound load has a street value of more than $44 million. 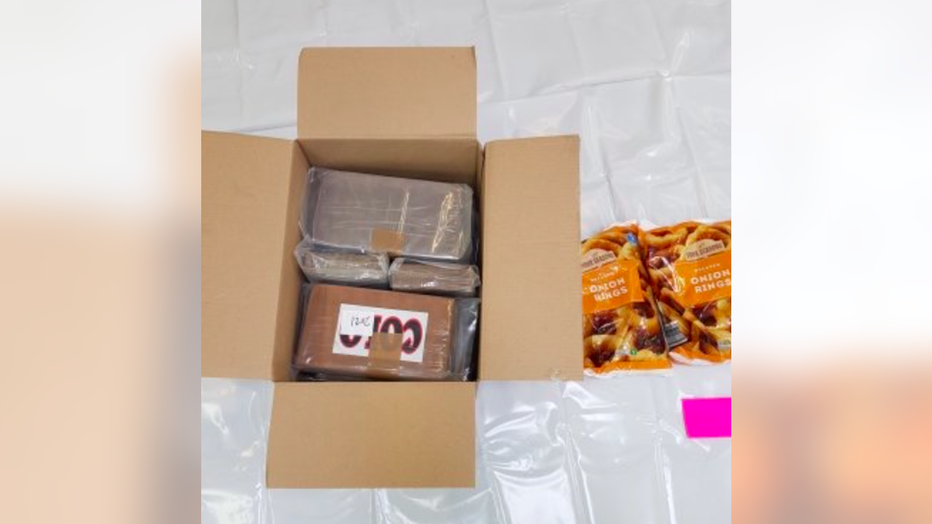 The cocaine shipment was hidden in a shipment of frozen onion rings. (National Crime Agency)

Piotr Perzenowski, a 30-year-old man from Poland, is facing a charge of smuggling class A drugs.

"This was a really significant amount of drugs taken out of circulation," National Crime Agency Branch Commander Mark Howes said in a statement.

"The seizure will deprive the [organized] crime group responsible for them of profit which would have fuelled more offending."The $44 million bust comes on the heels of other recent blows to drug trafficking rings in Europe.

Portuguese police seized five tons of cocaine off a yacht in the Atlantic Ocean last month. U.S. and European law enforcement officials also dismantled a massive darknet drug trafficking network in October, resulting in the arrest of more than 150 people and the seizure of hundreds of pounds of various drugs.