SARASOTA, Fla. - Sarasota police knew they had a problem after responding to more than 30 shootings in a six-month period. The police department said guns were fueling the violent crime surge, so they launched an undercover operation to get them off the streets.

The Sarasota Police Department named it Operation Surge. The mission relied on community tips and assistance from the ATF’s Tampa field office.

What they found was remarkable.

Chief Bernadette DiPino says the guns they recovered were in working condition, often brand new, and in some cases, high-powered.

Most of them were handguns. Officers also took seven rifles and three shotguns off the streets.

Despite nearly 100 arrests, officers are still searching for 11 more suspects. Combined, those arrested represented 2,561 prior charges. The number of new charges was still being calculated.

“Anyone that is willing to go out and sell a gun, out on the street, is showing boldness and showing a danger to our community. I think each of these individuals that have been selling guns out on the street, each have their own capacity. They need to be behind bars, off our streets, away from our community, to keep it safe,” said Chief DiPino. 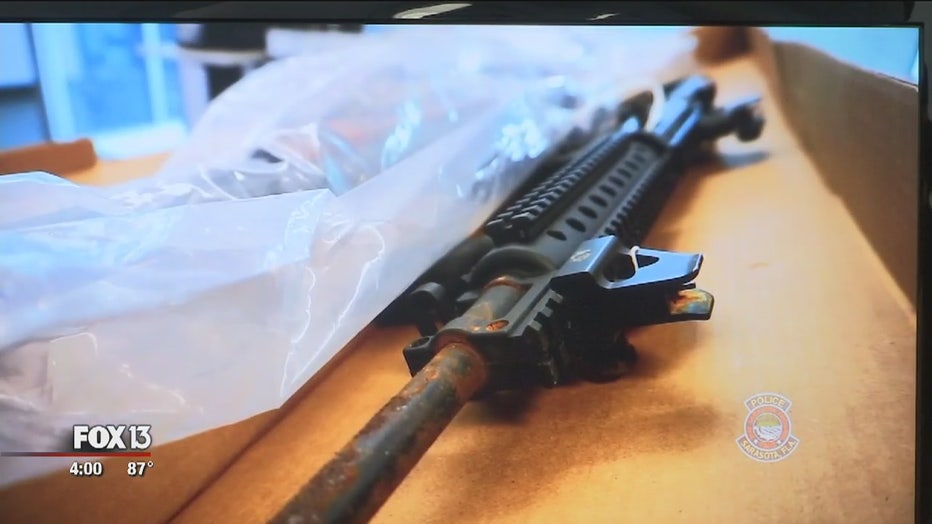 The chief said the result of Operation Surge is a reduced number of guns, but ultimately, a reduction in crime.

Right now, investigators are trying to determine how many of these guns were stolen.

The chief said this is a reminder to legal gun owners to keep firearms safe and locked up, or they could end up in the wrong hands.

Or, even worse, used in a violent crime.