TAMPA, Fla. - Show and tell is the name of the game for real estate agents like Ali St. Cyr. That's why she was thrilled to hear Netflix has ordered a still-unnamed reality show featuring Ybor City realtor Sharelle Rosado and her team of eager agents.

"Any way that we can highlight the Tampa market and all of the amazing things that we have going on, especially in the downtown center, there's so much investment and so much excitement," said St. Cyr.

The Netflix show is a spinoff of another series based in Los Angeles called "Selling Sunset."

St. Cyr says this series -- which stars all women of color -- shows that producers want both pretty pictures and booming prices.

She just sold a two-bedroom condo in downtown Tampa that was listed for $750,000 -- an unthinkable price 10 years ago.

"I have lived here my entire life and I have never seen this much going on in downtown Tampa," St. Cyr pointed out. "Now we are really rising to the top and we are one of the players in Florida."

One of the advantages Tampa Bay offers to real estate show producers is diversity, not just in people, but in the types of homes they can shoot. 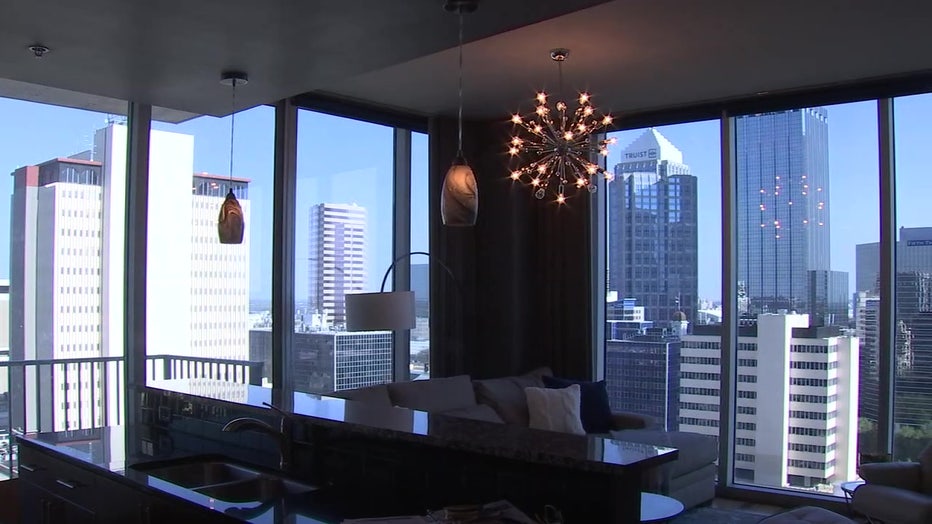 Just a few miles from downtown, in South Tampa, there are numerous neighborhoods with a variety of housing stock.

"There are so many different spots depending on the lifestyle," said St. Cyr. "[In Ybor City], it is great for entertaining."

"They don't want the typical buyer, they really want a story," said Blackburn. "And that is always what it is on reality TV shows."

And the reality is, in real estate, the brighter the spotlight, the bigger the sales, no matter who is selling or watching.

Netflix calls its new show about Allure Realty a "docu-soap." It's still not clear when it will be released.