WASHINGTON - U.S. employers posted 11 million open jobs in October, nearly matching a record high reached in July and a sign that companies were confident enough in the economy to expand.

The government report Wednesday also showed that the number of people quitting their jobs dropped slightly in October to 4.2 million, from 4.4 million in September, though that is still the third-highest number of monthly resignations on records dating back to 2000.

The figures from the Labor Department's Job Openings and Labor Turnover survey, or JOLTS, show that with so many companies chasing relatively few unemployed people, job-seekers have the most bargaining power they have had in at least two decades. Wages are rising at a healthy pace, particularly for lower-paid employees, though much of that bump in pay is being eroded by higher inflation.

There were just 7.4 million people counted as unemployed in October, equal to just two-thirds of the 11 million open jobs. In the two decades that the government has issued the JOLTS report, there has usually been unemployed people than available workers.

Last week, the government reported that the unemployment rate fell sharply in November, to 4.2% from 4.6%, as more than 1 million people said they found jobs. But it also said that only 210,000 jobs were created, the fewest in nearly a year and less than half the previous month's gain, leaving a more convoluted picture. The jobs figure is based on a separate survey than the one used to compile the unemployment rate. 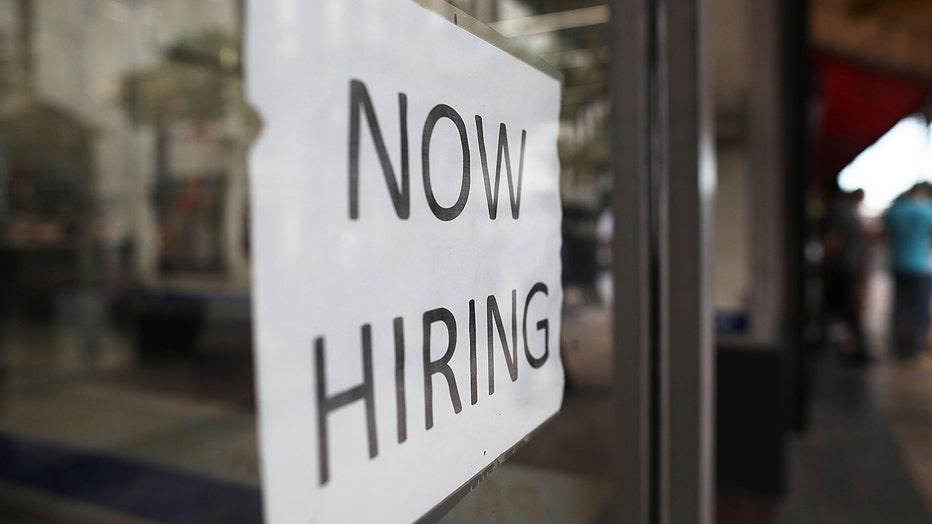 The JOLTS report Wednesday reflects October data, when new COVID-19 infections were still falling and before the emergence of the omicron variant, which could dampen the economy in the coming months.

Larger paychecks are luring many employees to leave their jobs for new work, pushing up the number of quits. A high number of resignations is a sign of a strong labor market because it shows that people are confident they can find a new job. The vast majority of people who quit do so to take new jobs.

Separate data from the Federal Reserve Bank of Atlanta shows that people switching jobs are receiving bigger pay raises than those who stay put.

Companies are also paying out larger bonuses to attract and keep workers. According to Gusto, a company that provides pay and benefits software to small businesses, 14% of all paychecks on its platform now include bonuses, up from 11% a year ago, and the average size of the bonus has tripled over that period, to about $1,670, from $550.

Job openings rose about 4% in October to 11 million, just below July's peak of 11.1 million. The biggest increase was in restaurants, bars and hotels, where they leapt nearly 20% to 1.6 million. Restaurant traffic and travel increased that month as coronavirus cases waned.

Other job openings data reflect how the economy is evolving in a pandemic. According to job-listings website Indeed, the number of available positions for loading and stocking jobs, primarily in warehouses, has more than doubled from its pre-pandemic level, evidence of the rapid rise in ecommerce.

And with demand surging for factory goods such as furniture, cars, and appliances, manufacturers are desperately seeking more employees, even as many struggle to obtain supplies amid supply chain bottlenecks. The number of available factory jobs jumped 6% in October, to just over 1 million, more than double the pre-pandemic level and the highest on record.