WASHINGTON - The U.S. Department of Homeland Security on Monday announced a new program to help attract and retain top cybersecurity professionals, as the Biden administration escalates its response to ransomware and other cybercrime.

The department launched the Cyber Talent Management System (CTMS), which will help better screen potential talent and streamline the application process. Employees hired through this system will join the new DHS Cybersecurity Service, a federal team that will work to protect critical U.S. infrastructure from cybersecurity threats.

The White House in recent weeks has escalated its response to such crimes, which it regards as an urgent economic and national security threat. The U.S. has endured a "steady drumbeat" of attacks since at least last summer, according to Deputy Attorney General Lisa Monaco, who recently announced arrests and other actions.

Specifically, ransomware attacks — in which hackers lock up and encrypt data and demand often-exorbitant sums to release it to victims — have exploded in the last year with breaches affecting vital infrastructure and global corporations.

Colonial Pipeline, which supplies roughly half the fuel consumed on the East Coast, paid more than $4 million after a May attack that led it to halt operations, though the Justice Department clawed the majority of it back after identifying the virtual currency wallet of the culprits, known as DarkSide.

JBS, the world's largest meat processor, said in June that it had paid $11 million following a hack by a Russian group known as REvil, which weeks later carried out a massive ransomware attack that snarled businesses around the world.

The attacks elevated ransomware as an urgent national security priority — but holding foreign hackers accountable in the U.S. is also notoriously difficult, and ransomware gangs are abundant.

"As our Nation continues to face an evolving threat landscape, we cannot rely only on traditional hiring tools to fill mission-critical vacancies," Secretary of Homeland Security Alejandro Mayorkas said in a statement. "This new system will enable our Department to better compete for cybersecurity professionals and remain agile enough to meet the demands of our critical cybersecurity mission." 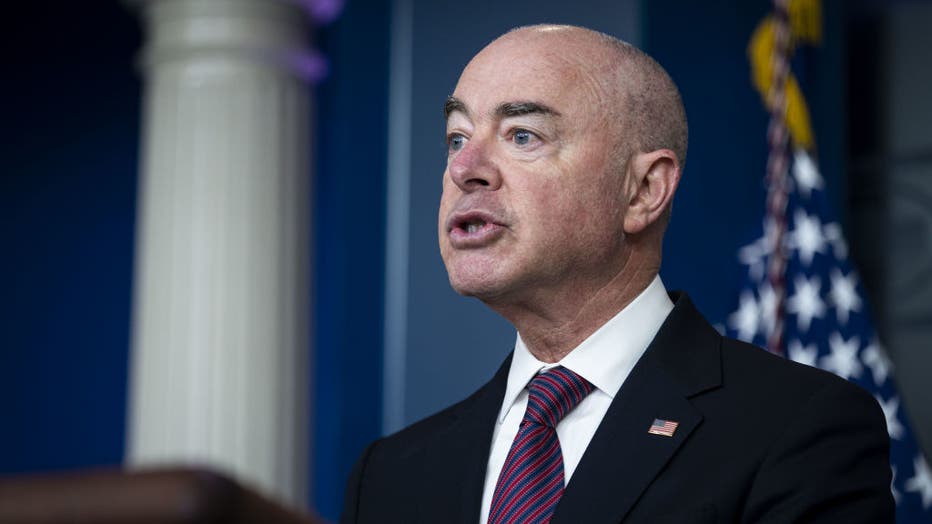 While the new hiring system will initially be used to fill high-priority jobs at the Cybersecurity and Infrastructure Security Agency and the DHS Office of the Chief Information Officer, it will also be used across several other DHS agencies with a similar mission starting in 2022.

A senior DHS official told reporters ahead of the announcement that the department currently has around 1,500 cybersecurity-related vacancies, of which around 1,000 would likely fit into CTMS, according to The Hill. The official added that there is a range of roles from entry-level to expert level.