TAMPA, Fla. - Saturday night's University of South Florida's football game against the Cincinnati Bearcats was more than just tackles and touchdowns. It was USF's annual Salute to Service night, a night dedicated to honoring those willing to make the ultimate sacrifice.

"With it being Salute to Service Night, we have some special decals and decorations on our helmets. So it's great to have our Stars and Stripes version of our Bull-U logo," said Michael Kelly, USF's athletic director.

Next to that logo, however, sat a more somber emblem. Players proudly displayed the Honor and Remember flag on their helmet as a symbol of remembrance for those who never made it home.

"The Honor and Remember Flag has become a symbol for folks to say thank you," said Kris Hager, a Gold Star father.

The red flag, marked by a single gold star, was created by George Lutz as a part of the Honor and Remember organization. Lutz lost his own son in Iraq and wanted to do something to honor Gold Star families and their loved ones they lost. 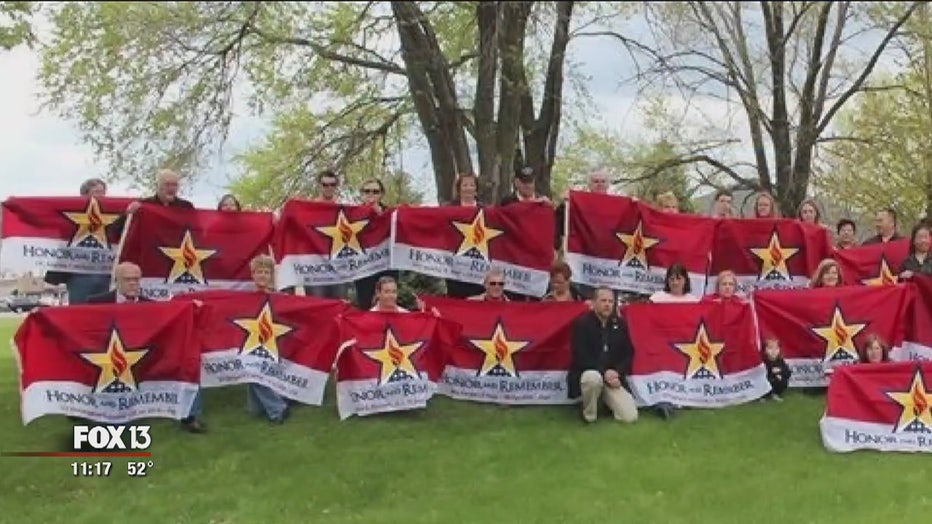 "I realized as a grieving dad, that one of the most important things American can do is to remember- remember the sacrifices given by the families and by the service members. I thought one of the best ways of getting the attention of America is creating a symbol," said Lutz.

Over 4,000 flags have been presented to Gold Star families across the U.S.

"It's a club no one wants to join," said Hager. "It's that we've lost a family member, in my case a son who was killed in Iraq in February '07."

Lost but never forgotten, Hager held his son's Honor and Remember Flag with pride as he stood beside another Gold Star Family at Saturday's halftime.

"To have the University of South Florida step up, put the emblem on their helmets, just means everything because it gives people a chance to say 'how do we say thank you when we don't know someone,'" said Hager.

It was a thank you that was echoes by thousands of fans for a sacrifice that could never be repaid.

"I don't want people to forget," said Hager. "And that's true for most of the families I know." 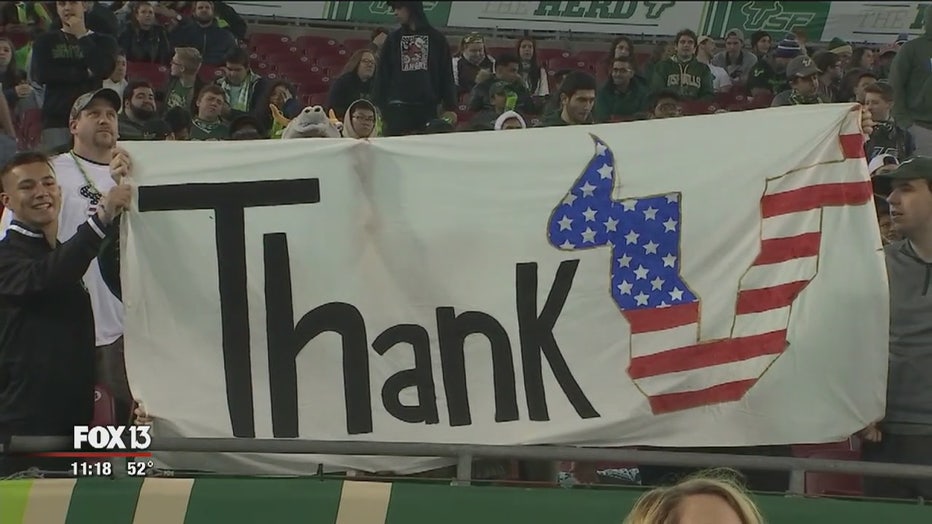 The Honor and Remember Flag has already been adopted by 26 states. Florida joined the list just this year; however, Lutz's hope is to expand the flag to all 50 states as a permanent reminder of the sacrifice and dedication that the fallen gave for our country.

To learn more about the Honor and Remember organization, visit www.honorandremember.org.