TAMPA, Fla. - In the 1960s, the space program was remarkable and almost unbelievable. That generation saw it become routine for the shuttle to fly to the International Space Station. Now, new generations are growing up in the era of privatized space travel, which could cause a new space race to take off.

"If you look at Elon Musk, that should give every one of these business students the confidence to do what he did," said former NASA astronaut Don Thompson. He spoke to business students at the University of South Florida's Muma College of Business Tuesday.

Not so long ago, an astronaut speaking at a business school may have been viewed as unusual, but these days it seems to make sense.

Thompson is part of NASA's traveling exhibit called Destination Station, which is now set up outside the Muma College of Business. Its presence represents a growing alliance of engineers and entrepreneurs. 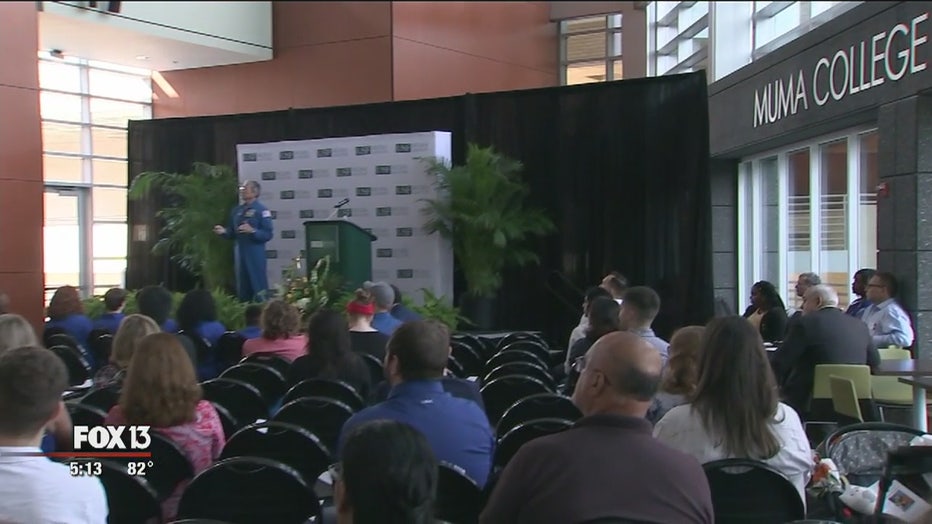 "You have NASA and big companies, but now you also have start-ups and small companies," said Robert Bishop, the dean of the College of Engineering at USF.

Thompson added, "When we go to build a lunar base and when we build a base on Mars, a huge part of that will be built by the commercial companies."

NASA says people could land on Mars within 20 to 25 years, but first, the U.S. will return to the moon and put the first woman on the lunar surface.

"The astronauts going to Mars are in our high schools, middle schools, and elementary schools right now," Thompson noted.