TAMPA, Fla. - Hundreds of thousands of people evacuated the Tampa Bay area as mandatory evacuation orders were issued ahead of Hurricane Ian.

A team of geoscientists at the University of South Florida traveled to rest stops along I-75 north to interview people as well as collect data from those who evacuated to hurricane shelters for more insight into why people left and where they went.

"This is really an important part of our research and people's social connections to understand how those played a role in the evacuation decision or not," lead researcher Dr. Jennifer Collins said. "That’s really important for emergency managers to know, for instance, where they're getting their information from."

RELATED: Those with damaged homes, businesses left figuring out how to rebuild, overcome risks after Hurricane Ian

Researchers said this information could help emergency officials with messaging when communicating about a storm and issuing evacuation orders.

She added that it’s important officials consider what might keep someone from leaving and make every effort to remove those barriers. 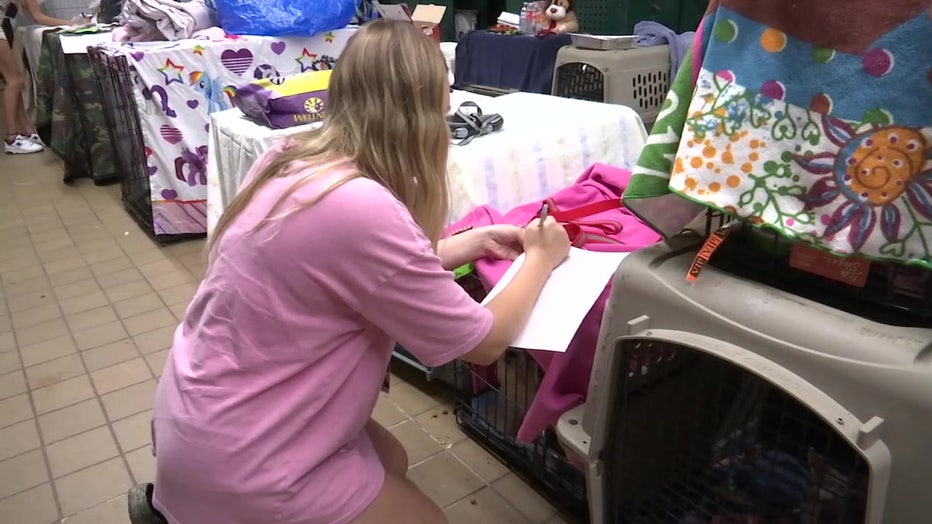 "It does need to be as easy as possible. People love their pets like children, so facilities need to be available to people for their pets, otherwise they might just not go," Collins said.

Collins said Hurricane Ian was a good opportunity not only for officials to gauge the effectiveness of evacuation orders but also for residents to evaluate their response.

"I think it's good for us to have gone through this scenario of preparation, preparing our houses, getting our supplies in, because it's quite likely that this event could happen in the future," Collins said.

The team will conduct additional interviews in Tampa this weekend for more information about people’s evacuation decisions as well as the role their social connections played.