A group of 24 students spent about three years making three small satellites onboard a SpaceX rocket, joining 140 other satellites from different countries.

Each USF satellite is about the size of a sandwich, and they are currently orbiting in space.

"The bulk of the design work was done by students, and students were also the ones who did the hands-on prototyping and testing of all of our flight hardware," said Peter Jorgensen, a USF Ph.D. candidate and senior research engineer at the Institute of Applied Engineering.

The small satellites went into orbit on January 24 and Jorgensen said he watched the live stream with his family.

"That was special for me. It was a culmination of a lot of hard work," said Jorgensen.

"We now have a whole group of students who can go out into the community, into the industry and contribute in a way that they really couldn’t do 10 years ago," said Bishop. 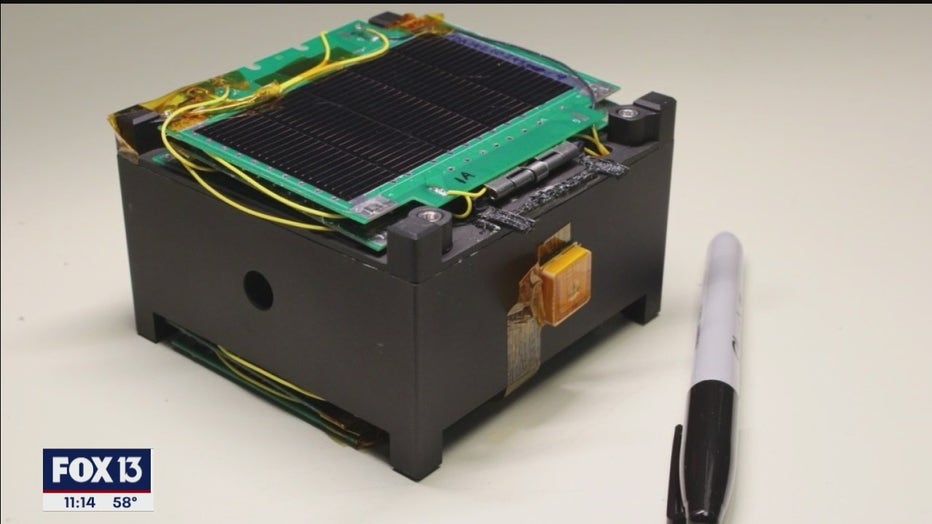 The satellites they helped build will act like the internet in space. So one day, people can easily reach less-connected places.

"Disaster relief, disaster recovery for areas that are impacted. For example, if power goes out or internet connectivity backbones are disrupted somehow, these satellites would be able to provide a backup link," said Jorgensen.

The technology will stay in space for about 10 years but only work for about one year. After the testing is done, USF said the research won’t stop there.

"This is just the beginning of our foray into space. We’re already considering and planning next steps and next stages," said Bishop.

Jorgensen said they will spend the next nine to 12 months testing the satellites in the next phases of the research project.