TAMPA, Fla. - USF wide receiver DeVontres Dukes has a variety of things for which to be thankful. The Bulls' senior wideout gets to play football Saturday after questions swirled just months ago about whether there would even be college football in 2020.

"Instead of waiting a whole other year, and then come back for a sixth year, (I'm) just thankful and blessed that I'm able to play," Dukes said.

Dukes also has a new head coach in Jeff Scott, who helped Clemson win three national championships as the Tigers' offensive coordinator. He has a history of working with big-time wide receivers.

Chief among them are Super Bowl champion Sammy Watkins of the Kansas City Chiefs, and three-time All-Pro DeAndre Hopkins of the Arizona Cardinals. 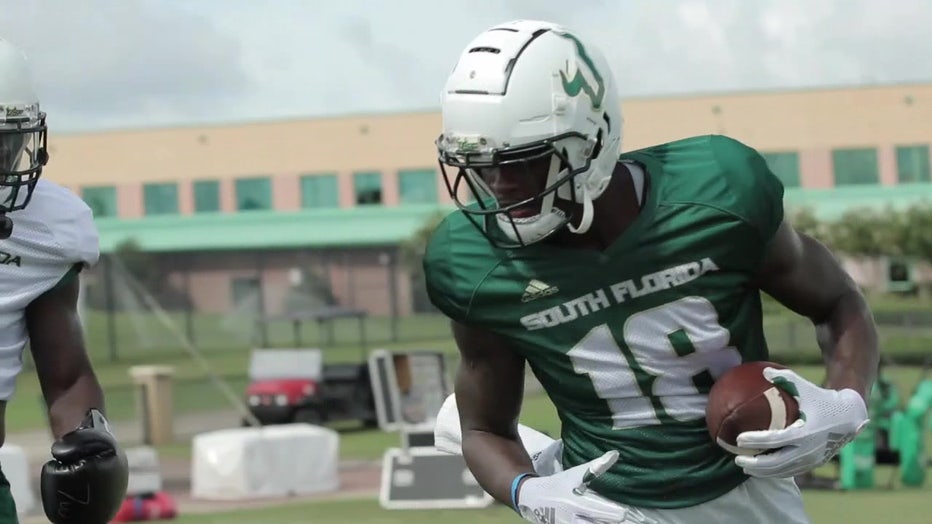 Scott has raved about Dukes all fall camp, which came as a surprise to many. Dukes has been inconsistent at best on the field during his time with USF. He's caught just eight passes for a touchdown over the course of just 25 games in three seasons.

Then a suspension that kept him out of the 2018 Gasparilla Bowl almost marked the end of his football career.

"I think that was the lowest point. I even considered stop playing football," Dukes recalls. "(I was) wondering if football was really for me." 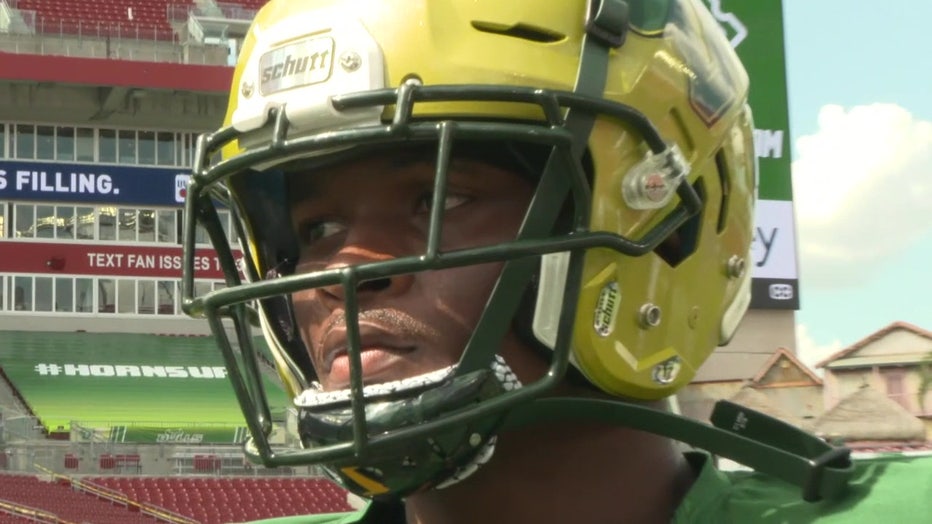 Dukes ultimately chose to stay with football, and not transfer; despite advice from multiple people. Now in his senior year, Scott is a popular pick to see his career turned around. Dukes was even voted to the team's leadership council.

"DeVontres Dukes had the most votes on the entire offense," Coach Scott said. "I think that says a lot about him, about his maturity, and his focus." 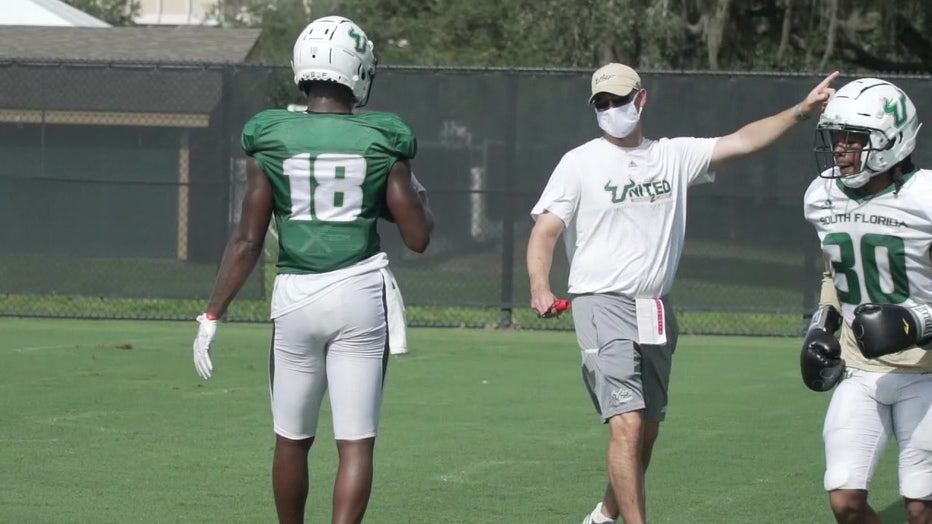 Who knows? Maybe DeVandres Dukes will be the next in line of great Jeff Scott-coached receivers.

"If he continues to show what I've seen from him on the practice field, compared to the guys I've coached in the past, he has a chance to play at the next level," Scott continued.