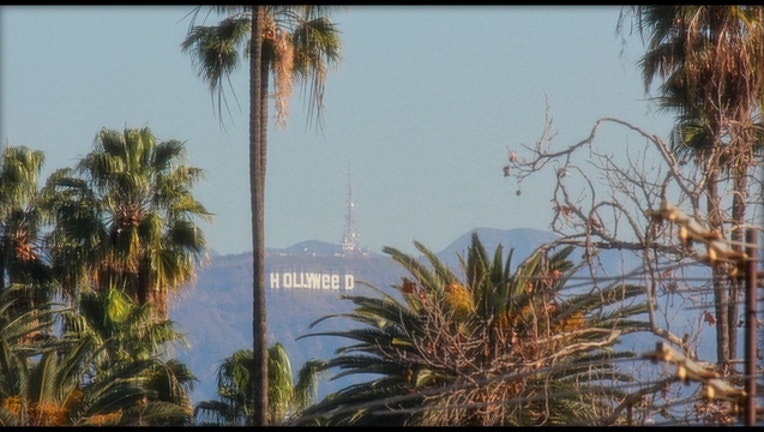 City of Los Angeles surveillance cameras that are locked on the iconic sign captured a man dressed in black as he scaled down the sign, and carefully placed tarps on the structure to make it read "Hollyweed."

The dirty deed was perpetrated at about 3 a.m., according to Sgt. Guy Juneau of the LAPD's Security Services.

The tarp was completely taken down at about 11:15 a.m. and the signage restored back to "Hollywood," according to a watch sergeant at the LAPD's Security Services Division.

"It was just one person. He was dressed in black. He was tactical," Juneau said. "We have crews now taking it (the tarp) down. The terrain is very rough, so you have safety to be considered. The incident is being investigated as misdemeanor."

Citizens called in to report the alteration about 5 a.m., he said.

The crook won't get any points for originality, however. Similar editing to the sign has occurred at least twice, once in 1976 to celebrate a change in state law, and again a decade later as publicity for a now-forgotten movie.

Today's stunt was the latest play-on-mountainside-words to beset the iconic sign. Suspicion centered on interests celebrating the legalization of marijuana in California, approved by voters last year and scheduled to take full effect in 12 months.